Ferrari 812 Competizione: The Most Powerful Internal Combustion-engined Prancing Horse Ever

While manufacturers are heading for smaller engines, Ferrari soldiers on with its screaming V12 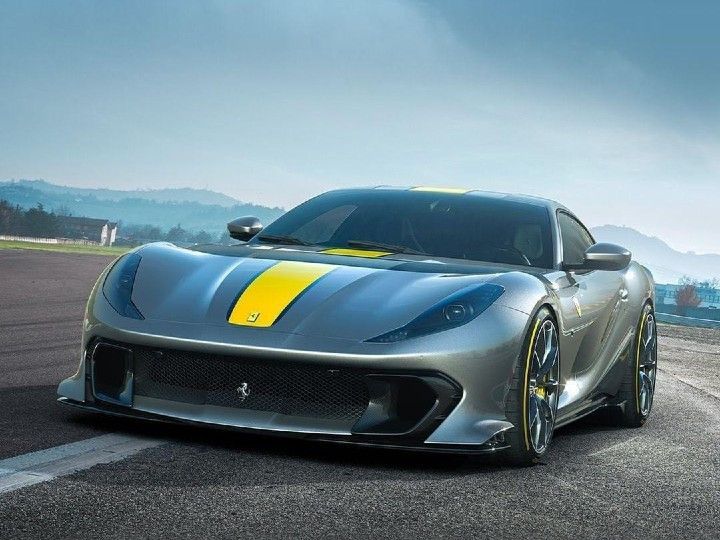 Remember a couple of weeks ago when Ferrari unleashed a spicier special edition of its flagship model, the 812 Superfast? Well now it has a name: the 812 Competizione. And you can also enjoy open-top thrills with a targa-top counterpart called the Competizione A. You could say, these two spicy models are essentially an 812 Superfast with everything turned up to eleven.

First up is a 6.5-litre V12 motor that, at 830PS, is 30PS more powerful than the standard model. Follow that up with a rev limit of 9,500rpm, and it is Ferrari’s most powerful and highest revving internal combustion-engined model ever. That said, it’s got 26Nm less torque at 692Nm. It retains its 7-speed dual-clutch transmission, recalibrated for quicker shifting.

This doesn’t seem to have affected performance that much, as the 812 Competizione gets a virtually similar 0-100kmph sprint time at 2.85 seconds, and top speeds over 340kmph. But its 0-200kmph sprint is four tenths faster at 7.5 seconds. A lot of work has been done to boost the V12 motor, including a redesign of many key engine components, new valve timing mechanism and a new exhaust system.

There’s new performance trickery in the form of independent steering on all four wheels, and version 7.0 of Ferrari’s Side Slip Control vehicle dynamics system. Combine this with a 38kg diet thanks to more carbon fibre bits, and the 812 Competizione should be a handy beast around corners.

Ferrari has also gone the aero route for performance gains with an aggressively revised body. Up front, there’s a new air intake setup with vents on either side of the grille, a prominent front lip spoiler and aero fins around the corners of the front bumper.

At the rear it gets a more prominent spoiler and a new diffuser. What’s special about this diffuser is that it has sort of a ‘blown diffuser’ effect from F1 cars of 2011 where exhaust gases are used to generate downforce. For the 812 Competizione, this was made possible by replacing the quad exhausts with a single angular tip on each side to have the exhaust gasses interact with the diffuser. The rear glass area has been replaced with an aluminium panel with vortex generators to improve aero efficiency.

The cabin remains largely similar to the standard model, aside from a new door panel to reduce weight and an H-gate theme on the tunnel.

Ferrari has yet to reveal details on how many units the 812 Competizione and Competizione A are limited to, but it's likely to be pretty rare. And it won’t be a surprise if all of them are already sold out.