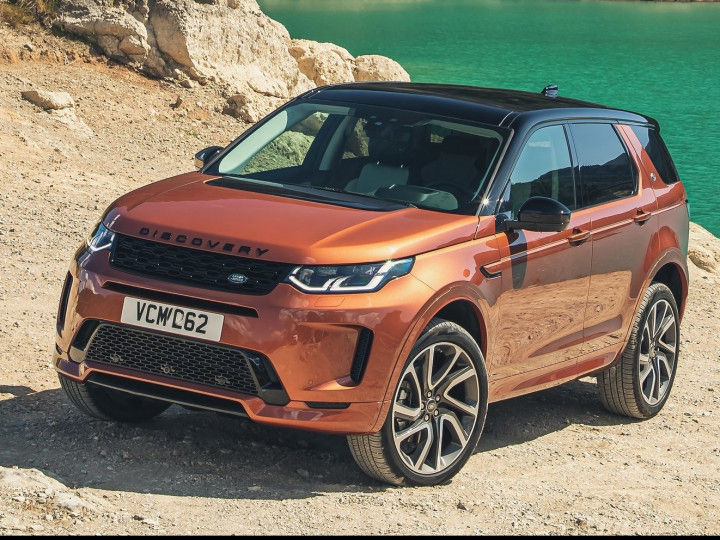 It really does look like the outgoing version except for some minor tweaks. But under that bodywork is Land Rovers’ new Premium Transverse Architecture (PTA) shared with the Range Rover Evoque. As far as numbers go, the 2020 Discovery Sport is 7mm shorter in length and 3mm taller than its predecessor. Although the changes are minimal, the Discovery Sport now looks more premium than before. Highlights include redesigned headlamps, LED DRLs and tail lights as well as new bumpers.

The cabin layout remains the same but the Discovery Sport has gone digital for 2020. It gains a fully digital instrument cluster and a 10-inch Touch Pro infotainment system that supports Apple CarPlay and Android Auto. Other changes include a new steering wheel design and features such as wireless charging, 4G WiFi hotspot, USB ports and 12-volt charging points on every row. It also gets massaging front seats, a powered liftgate and an activity key. The India-spec SUV could also come with driver assistance features such as JLR’s ClearSight camera, a ClearSight GroundView camera and adaptive cruise control with steering and lane-keeping assist.

It is likely to be powered by JLR’s 2.0-litre 4-cylinder petrol and diesel engine options. The 2.0-litre petrol engine now gets a 48V mild-hybrid support. Expect Land Rover to offer the same 2.0-litre Ingenium Si4 petrol and TD4 diesel engines in India. The diesel motor could be offered in either of the two state of tunes offered in global markets - 150PS/382Nm or 180PS/ 430Nm tune. The 2.0-litre petrol, on the other hand, develops 249PS and 340Nm of torque.