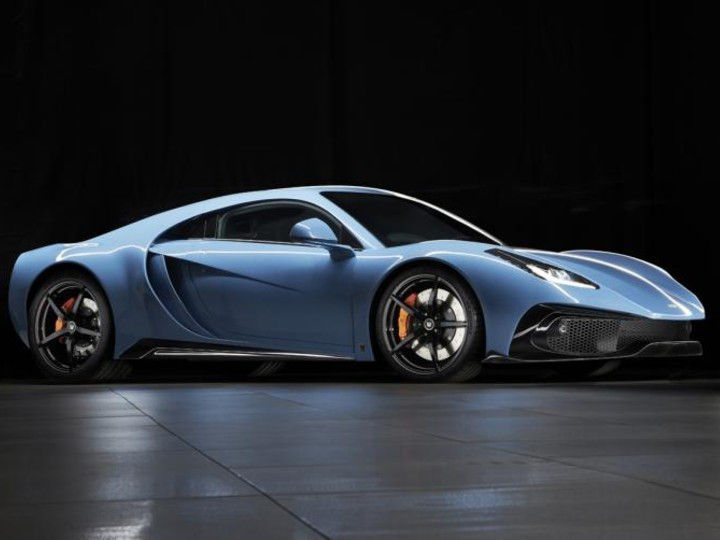 Remember the underrated and hardcore M600 supercar from British carmaker Noble? Well, it's now got a little sibling in the form of the M500 supercar. It first showed up in concept form at the Goodwood Festival of Speed in 2018, and is now almost production ready. Like the M600, the M500 also goes by the no frills recipe for supercar thrills.

The party trick lies under the hood, with the M500 getting a 550PS 3.5-litre twin-turbo Ford V6 engine. Yep, it's the same motor  from the Ford GT. While detailed performance numbers are yet to surface, the M500 will offer old-school supercar thrills like the M600, being paired to a six-speed stick shifter and no ABS.

It also comes with other performance trickey such as a double wishbone suspension setup, with hydraulically assisted power steering. It rides on a steel tubular chassis and glass-reinforced composite body in place of the carbon-fibre materials in the M600 to save costs. While the model revealed here weighs nearly 1,400kg, the carmaker targets the final model to weigh around the 1,250kg mark.

On the outside, it looks quite similar to the M600, especially the overall silhouette. But it does get modern flair thanks to sleek headlights, a nicely sculpted front bumper with a massive honeycomb mesh, and air vents around the sides to feed air into the mid-mounted Ford V6. The rear end is quite busy with quirky headlights quad exhausts surrounded by honeycomb mesh, and a prominent diffuser.

The old-school nature of the M500 continues inside with a fairly minimalistic layout. That being said, there are some modern bits such as a digital driver’s display and an infotainment system at the centre of the dashboard.

Expect more details on the Noble M500 to surface once it gets to its final iteration. Noble claims customer deliveries will commence later this year, so we may not have to wait too long to see what the old-school supercar has in its arsenal.