Here’s Your First Proper Glimpse At The Fisker Pear EV

Will be the second EV from the US-based carmaker, slotting below the Ocean SUV 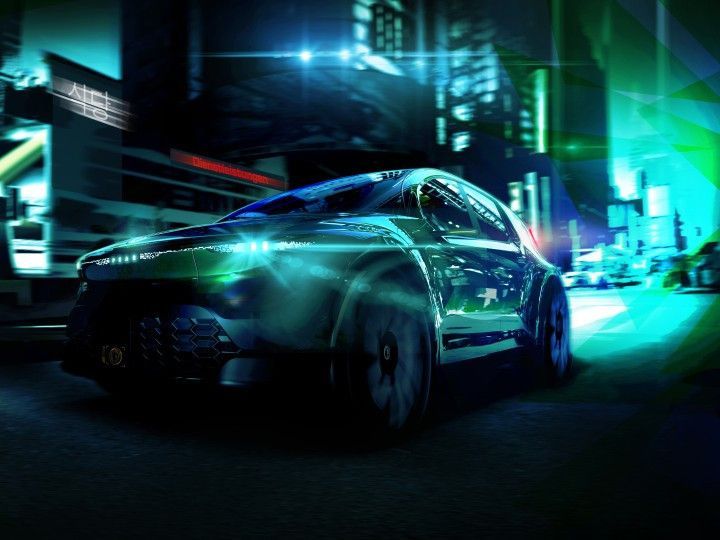 Currently, US-based carmaker Fisker has the Ocean SUV as its sole electric model, with the Pear set to be its next offering. Now, we’ve finally gotten a glimpse at how it’ll look like, as the carmaker has dropped their first teaser for the electric vehicle. Fisker will begin production of the Pear EV at a factory Foxconn has acquired in Ohio from 2024 onwards.

We know that the Pear will slot below the Ocean SUV as an entry-level model, and it's clear to see that with the sole teaser image. We’re looking at what seems like a small hatchback of sorts, with sleek headlights and illuminated ‘Pear’ lettering. This is flanked by super sleek illumination on the front fascia, and a mesh pattern on the front bumper.

Head over to the sides and you see rear-view camera stalks in place of physical mirrors, what looks like beefy wheels, and a distinct curve on the A-pillar. While we haven’t gotten a rear view, we can tell the tail lamps will be vertically shaped.

Details are still scarce on the mechanical side, but since the Pear will slot below the Ocean, expect a lower state of tune from its powertrain. For reference, the Ocean can be specced in either a 275PS base Sport trim, offering a WLTP-claimed range of 440km, or the 550PS Extreme trim which takes range up to 630km.

Fisker and Foxconn are targeting a minimum production of 250,000 Pear units per year. Fisker expects prices to go below USD 29.900 (around Rs 23.23 lakh) for the base variant. Considering production begins in 2024, we could expect a debut in 2023. That’s not all coming from Fisker, as they recently teased the Ronin four-door electric GT sports car, with the prototype debuting in August 2023.

This is important for India too as Fisker is planning on beginning its innings in the country, with the Indian arm called Fisker Vigyan Pvt Ltd. It has already established headquarters in Hyderabad, Telangana, with plans on bringing in the Ocean SUV and upcoming Pear EV. The former will likely show up in 2023, while the latter towards the end of 2024. The Ronin might take until 2025 to arrive in India.