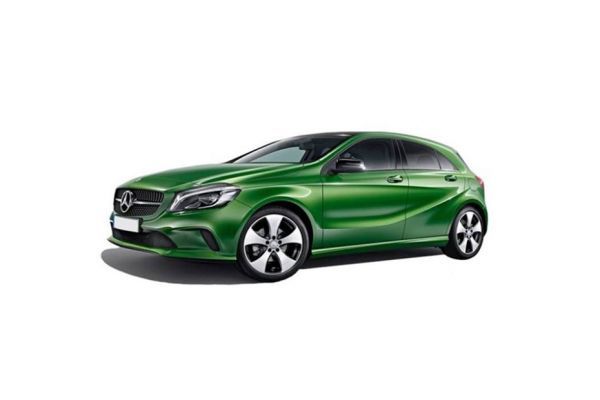 The Mercedes-Benz A-Class in India is the German luxury car manufacturer’s cheapest offering and targets the customers who want to move into the luxury car segment but do not want a conventional sedan and would prefer a hatchback instead. With competition like the BMW 1 series and the Mini Cooper range, the Mercedes-Benz A-Class has been the best selling car in its category.

The Mercedes-Benz A-Class attracts most of its customers due to its futuristic and sporty looks. The A-Class in fact was the first car in the Mercedes-Benz range to have the new Mercedes styling design language with its large snouty grille and pulled back headlamps. The A-Class also has a low stance and an aggressive side profile with very strong character lines. The rear of the A-Class is stout and wide adding to the stance factor.

On the interior front, the A-Class started the whole new design language that trickled down to the cars like the B-Class, CLA and GLA. The new A-Class has a large 8-inch infotainment screen along with the signature round triple AC vents which an be customized. The central console also gets some more polished aluminum to make it look even more appealing than before. The A-Class also gets sporty front seats but at the rear is slightly cramped.

What are the top competitors of Mercedes-Benz A-Class?