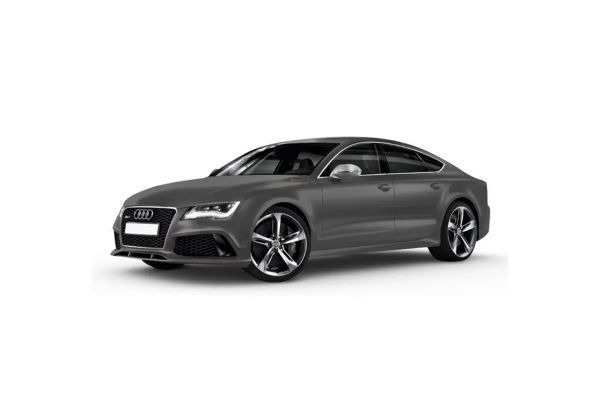 The Fast and Furious Audi RS7 Sportback comes at a hefty price of Rs 1.36-1.60 crore (ex- showroom, Delhi). Upfront there are LED matrix headlamps flanking the very aggressive hexagonal front grill and sculpted bumper. In the profile, the large 20-inch alloy wheels come equipped with anti-theft bolts and tire pressure monitoring system. Inside the cabin, the noteworthy equipment list includes high-quality sports leather seats, floating dashboard, flat bottom multifunctional Steering wheel, paddle shifters, and ambient lighting. Under the hood, the RS7 comes powered by the V8 petrol engine churning 597 bhp and 700 Nm of max power and max torque respectively, mated to an 8-speed automatic transmission sending the drive the all the four wheels of the car. The gearbox can be operated through the paddle shifters mounted behind the steering wheel. The RS7 Sportback is up against the likes of Porsche Panamera and BMW M series among others.
Read More

Nov 10, 2016 : Audi has launched the RS7 Performance Sportback in India at an asking price of Rs 1,59,65,000 (approximately Rs 1.6 crore, ex-showroom, Delhi). Since this car is all about its insane performance figures, let’s get straight to the engine bay. It boasts a 4.0-litre, twin-turbo V8 petrol engine which is tuned to produce an unbelievable 605PS of power and up to 750Nm of torque. The engine is mated to an eight-speed Tiptronic automatic transmission and the power is transferred to the wheels through the ‘quattro’ all-wheel drive system. If given enough space, the RS7 Performance will crack 100kmph from a standstill in a mere 3.7 seconds and, with the dynamic package plus option, hit a top speed of 305kmph

Audi's Autobahn mile muncher looks sleeker than before, packs a solid punch and gets a new set of lights. We do a rapid run in the RS7 four door Coupe