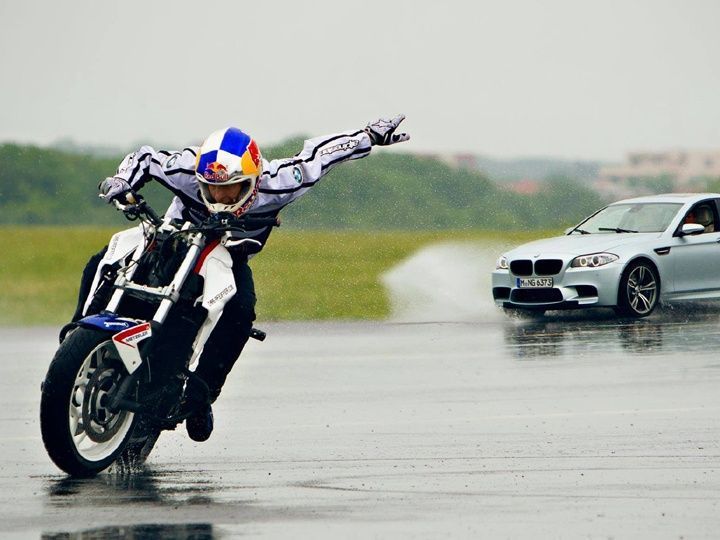 After enthralling motorcycle fans for around 20 years, Christian Pfeiffer has announced retirement from stunt riding. Chris Pfeiffer as his was popularly known has been professionally stunting since 1996 and is credited with many of the innovative stunts in the past 20 years. Pfeiffer was also a BMW Motorrad brand ambassador and had been undertaking many stunt shows for the German bikemaker. He dominated proceedings in the World Champion Stunt Riding winning it on four occasions on in 2003, 2007, 2008, and 2009, while being a four-time European Stunt Riding Champion in 2004, 2006, 2007, and 2008. The German rider has done thousands of stunt shows across the globe and performed in 94 countries and he has fascinated Indian motorcycle fans also. Among his best performances was on the humungous BMW K1600-series motorcycle and it was an amazing sight to see him perform mind blowing stunts on that bike. The world of motorcycle stunting wouldn’t be the same and its most popular personality will definitely be missed. But we thank him for all the wonderful memories and wish him good for the future.