Hyundai has revealed an image of its new futuristic concept car, the i-oniq that will debut at the forthcoming 2012 Geneva Motor Show 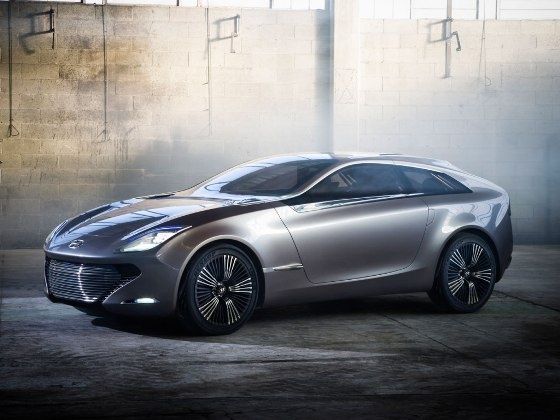 Hyundai has realised that following the recent and more realistic trend of using an internal combustion engine as a range extender for electric cars is the way to go. They have, therefore, come up with a car of their own, designed to convey the forward thinking approach of Hyundai.

The car in question is called the Hyundai i-oniq. An electric sports hatchback concept with a range extending petrol engine. The i-oniq concept car wears the fluidic design concept that has become the Korean car maker’s family design language. Hyundai intends to convey the latest thinking of its engineers and showcase their new powertrain technology through the i-oniq concept car.

Senior Vice President and COO of Hyundai Motor Europe, Allan Rushforth, commented, “The i-oniq concept has been created to reflect the new thinking that runs through the Hyundai brand.  It has a bold design, inside and out, that provokes contemplation on the future of automotive possibilities, and a powertrain that highlights one of the ways in which we could power future products – wrapped in a package that exudes premium qualities.”