General Motors recently declared that they will be bringing in the Spin MPV next year. We take a closer look at where it will stand in the competitive MPV segment 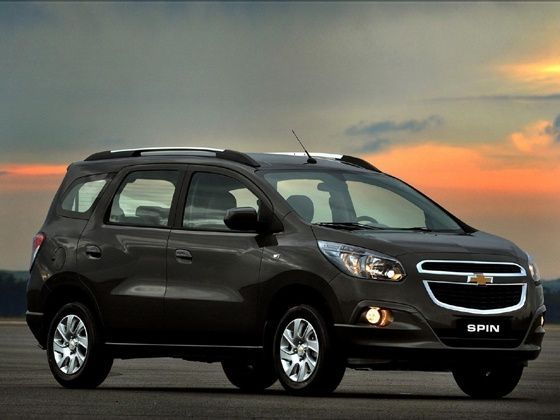 For the longest time SUVs have been close to the heart for most Indians, mainly for the big car feel and the amazing ride quality it has on offer. But in the recent years, the MPV segment has really picked up well for the sheer comfort and space it has on offer. And to get a piece of this pie, every manufacturer wants an offering in this segment. The Maruti Suzuki Ertiga has been leading the sales charts so far and the latest Honda Mobilio too has managed to make its way into the market pretty well. Now, Chevrolet is all set to bring in its challenger, the Spin, to challenge both these offerings and before it gets launched next year, we decided to put it under the microscope to find out where it will stand.

As far as the styling is concerned, the Spin MPV will share some of its design cues from the smaller Chevrolet Beat. In fact, it will even share the same platform as its hatchback sibling. It gets a larger honeycomb grille up front with the bow-tie Chevrolet logo sitting right in the centre, sweptback headlights on either side of the grille and the round fog lamps well integrated in the front bumper. In profile, much like the Beat, the Spin too will have large wheel arches and roof rails. At the back, the Spin gets a large tail-gate and diamond-shaped tail lights.

On the inside too, the Spin MPV is pretty similar to the Beat hatchback. It sports a dual-tone grey dashboard but unlike the Beat, this one gets a larger instrument cluster. The centre console gets dark grey surrounds and the air-con controls under it. Spin has a wheelbase of 2,620 millimeters, providing space for seven passengers in the three-row layout. It has a luggage carrying capacity of up to 1,668 litres with the rear seats folded down.

Internationally the Chevrolet Spin sports a 1.5-litre petrol mill but in India it is expected to come with the 1.4-litre petrol unit that is also seen in the Enjoy. In this state of tune, the Spin will make 104PS and 131Nm. The Spin will also come with the Fiat sourced 1.3-litre diesel mill in the 90PS guise. Both these engines will come mated to a 5-speed transmission. While on paper the engine is the same as the Enjoy, we can expect Chevrolet might just play with the gear ratios to ensure a linear power delivery.

While Chevrolet officials have been quiet about the Spin, we expect them to place it above the Enjoy MPV.  That said, in the Indonesian market the top-end trim of the Spin in priced at around Rs 10.53 lakh we expect it to come at around the same price in the Indian market. The base variant however should start around Rs 6.5 lakh. At this price, the new Chevrolet Spin will directly compete against the likes of the Maruti Suzuki Ertiga and the Honda Mobilio.

Estimated Price
Alert Me On Launch
rvmp_n_gpopup
View All
View All