The start of the second quarter brings with it a slew of new launches. Take a look at all the new cars set to be launched in April 2015. For more details of latest launches log on to zigwheels.com 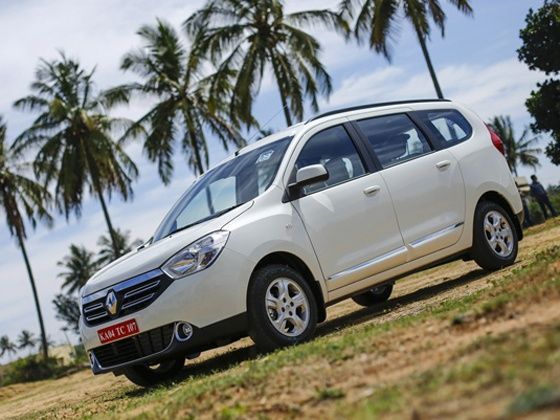 Renault Lodgy: Renault is slated to enter the competitive 7-seater MPV segment with the launch of the Lodgy in the second week of April. Big on space and with a reliable heart the Renault Lodgy will go up against the likes of the Honda Mobilio, the Maruti Suzuki Eritga and in its own way the Toyota Innova. The Lodgy will come with the 1.5-litre diesel mill that also works on the Duster and will similarly be offered in two states of tune – an 85PS variant and a 110PS option. As per the ARAI claims, the 110PS variant should return an efficiency of 20kmpl while the 85PS variant will be more efficient at 24kmpl. Renault has no plans of bringing in a petrol variant as yet. On the inside, the Lodgy will come with 7-seater and 8-seater variants and is one of the few MPV that can actually seat 7 adults with ease. We expect the Renault Lodgy to come at a starting price of Rs 8 lakh for the base 85PS variant.

2015 Audi TT: After a long wait, Audi will finally launch the 2015 TT towards the end of April. The car has been tested exhaustively in India and is now all set to make its debut. With regards to design, the 2015 Audi TT retains some of the design cues from the second generation model. The overall silhouette too remains similar. That said, the 2015 version gets a new trapezoidal grille and LED headlights on either side.  At the back, the 2015 Audi TT gets a redesigned bumper and LED taillights. On the inside the Audi TT has a futuristic looking cabin that stands out from the rest of the Audi line-up. The overall build quality and ergonomics is spot on too. The 2015 Audi TT will sport a 2.0-litre petrol unit that makes 230PS of power and is capable of touching the 100kmph marker in just 5.3 seconds.

DC Avanti: India’s first true supercar is one step closer to the launch. The DC Avanti is slated to be launched in April at an approximate price of Rs 35 lakh. The DC Avanti has been made keeping the Indian conditions in mind and has a 170mm ground clearance. Moreover, at a length of 4550mm, 1965mm width and 1200mm in height, it is considerably larger than the Lamborghini Gallardo.  The mid-engined sports car gets a 2.0-litre 4-cylinder turbocharged unit that makes 248 horses and 241Nm of torque. It comes to a six-speed manual transmission. The DC Avanti gets 330mm discs up front and 295mm discs at the back.

Maruti Suzuki Ertiga Facelift: Since the launch of the Ertiga back in 2012, Maruti hasn’t really given it an update, cosmetic or otherwise. But now with the Honda Mobilio already launched in the Indian scenario and the Renault Lodgy ready to mark its debut, Maruti might just have to up the ante. And to do that, the Maruti Suzuki Ertiga will get a mid-life refresh. Like the current model, the refreshed Ertiga will be available in petrol, diesel as well as CNG option.  Staying true to the new design language, the Ertiga too like the Swift and the Swift DZire gets a bold chrome grille as well as circular fog lamps on the bumper with silver accents around it. At the back too, the facelifted Ertiga is expected to get a redesigned bumper. Also expect a new set of 16-inch alloy wheels on the Eritga along with a redesigned rear bumper and tail lamp cluster. On the inside, much of the interiors will remain unchanged but it will come loaded with a longer list of features.
Continue reading
rvmp_n_gpopup