India's leading two wheeler manufacturer, Hero MotoCorp is planning to enter the lucrative 125cc scooter segment in India with a larger capacity and premium variant of the Hero Maestro, which will be called the Hero Maestro Edge 125. Get Hero Maestro price and specification on ZigWheels.com 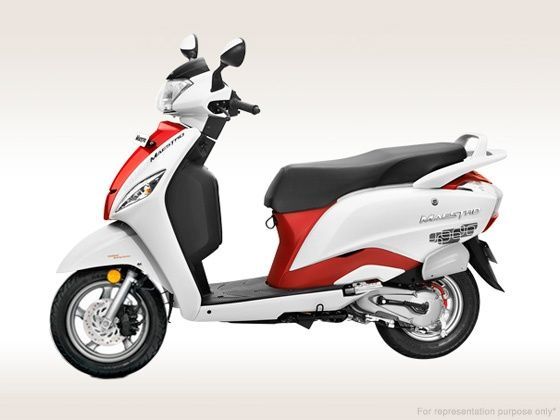 India’s leading two-wheelers manufacturer, Hero MotoCorp, is gearing up to launch its first 125cc scooter in the country later this year. It is said that the new gearless scooter will be a more premium version of the existing Hero Maestro scooter with a larger capacity engine and will be sold as the Hero Maestro Edge.

The Hero Maestro Edge will be equipped with telescopic front forks, alloy wheels and will feature the Combi Brake System (CBS). It will get a large and comfortable seat like the Hero Maestro 110cc and similar pillion grab rail. The Maestro Edge is expected to get more chrome, 3D emblem and well carved rear panel design.

With the added features and a larger engine, the new Hero Maestro Edge should be priced around Rs 56,000, which is about Rs 7,000 over the regular Maestro which currently retails at Rs 49,800 (ex-showroom Mumbai).