Chevrolet Trailblazer SUV to be launched this year 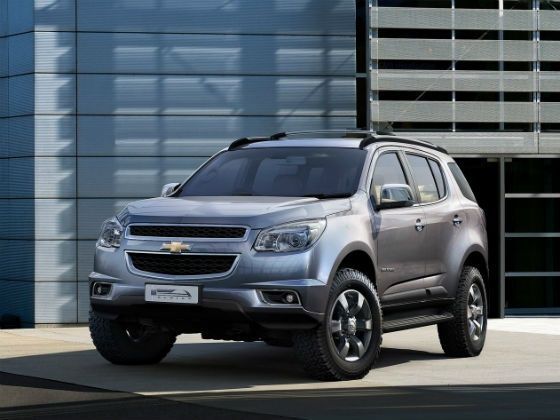 Chevrolet India has announced the introduction of the Trailblazer SUV in 2015 in the Indian market. The seven seat SUV will take on the likes of the Toyota Fortuner, new Ford Endeavour, Mitsubishi Pajero Sport and Hyundai Santa Fe in the premium SUV segment. The Trailblazer is a traditional ladder of frame SUV that promises to be quite capable off-road too, unlike the soft-roader Captiva GM sells in India right now.

The Chevrolet Trailblazer will be offered in two wheel drive and four wheel drive configurations. The SUV gets a set of newly developed 4-cylinder diesel engines from General Motors. The base block is a 2.5-litre unit that develops 152PS/350Nm of power and torque respectively while the larger 2.8-litre engine pumps out a much stronger 182.5PS of power and 480Nm of torque.

The Trailblazer internationally comes well equipped on the safety front too. Traction control, stability control, hydraulic brake assist, ABS, EBD hill descent control and two airbags are part of the equipment list but we will have to wait and watch what trickles down into the India Spec Trailblazer.

On the design front, the Trailblazer is smart with its high set bonnet, large two-piece grille with the Chevrolet Bowtie nestled in between, chunky fenders and strong shoulders. The interior is fairly minimalist and gets a neat layout.

With the new Fortuner and Endeavour coming within a year, the large SUV space will be quite a busy one.