Bajaj Auto will finally launch the much awaited Pulsar 200SS by end of March or early April. The Pulsar 200SS will be the first full-faired motorcycle to be launched and is estimated to be priced around Rs 1.25 lakh in India 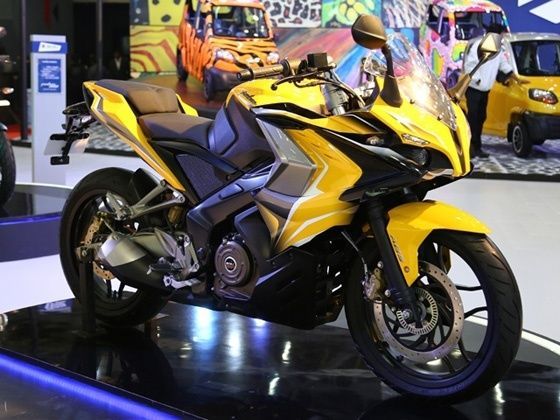 The Bajaj Pulsar 200SS has to be among the most keenly awaited bikes to be launched in 2015. Ever since images of the motorcycles being tested with a camouflage emerged on internet, two-wheeler enthusiasts have been following its development ardently. Bajaj has been very secretive about the details regarding the motorcycle on the Indian front despite the fact that it showcased the motorcycle in various other international markets like Indonesia and Turkey.

Bajaj is renowned for their cut-throat and aggressive pricing so expect the Bajaj Pulsar 200SS will carry a sticker price of around RS 1.25 lakh. The pricing should give it an upper hand against its rivals like the Honda CBR 150R and Yamaha R15 Version 2.0. Watch this space for more news and updates regarding the Bajaj Pulsar 200SS.