Suzuki had recently unveiled the new version of the Access 125 at the 2016 Auto Expo. We have compared the new offering from the Suzuki stable with the Honda Activa 125 to provide you with an overview on the specifications between the two scooters 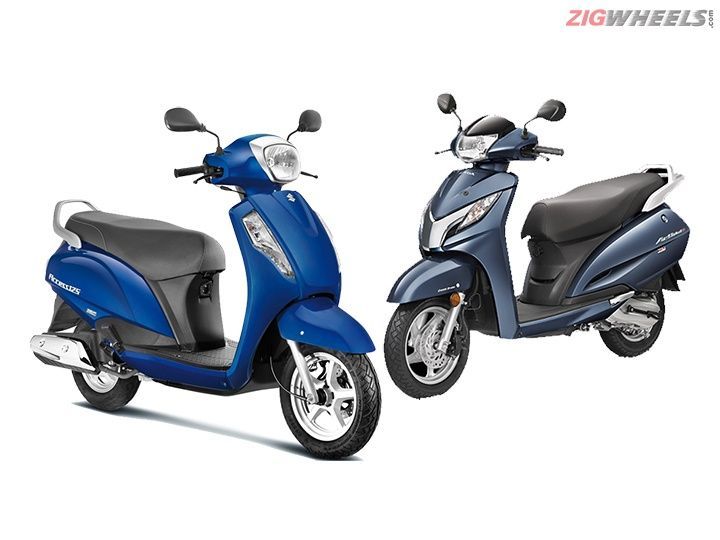 The current market of 125cc scooters has seen steady growth in recent times. Consumers are opting for more powerful versions of the scooters available in the market. Suzuki had recently unveiled the new Access 125 which will be replacing the current variant soon. Competing against the new Access 125 is the Activa 125 from Honda. Let us see how the 125cc offerings stand up against each other on the basis of their specifications.

Dimensions and cycle parts: Both the scooters feature telescopic forks at the front and have the provision for an optional front disc brake. The rear however continues to sport a monoshock suspension with a drum brake for both makes. Now, the new Access 125 also has been introduced with a 12-inch wheel at front and a 10-inch wheel at the rear which is already seen on the Honda Activa 125.

Features: The new Access 125 has been unveiled by the manufacturer with little more than a mid-lift facelift which could give the Activa 125 a tough fight in terms of looks. The new Access 125 has been updated with chrome accents around the re-styled headlight. The Activa 125 has an edgier design as compared to the curvier contours of the Access 125. Taillights of the Suzuki feature LED brake lights whereas the Honda has got a conventional brake lamp bulb.

Engine: The powerplants of both the scooters are air-cooled, 4-stroke petrol engines, while the power outputs vary from each other. The new Suzuki Access 125 continues to be powered by the same engine which is used in the current model: a 125cc engine producing 9PS of maximum power and 10Nm of torque. The Honda Activa 125, on the other hand, is powered with a 125cc engine which is capable of generating 8.67PS of power and 10.12Nm of power. Both the scooters transmit power to the rear wheel via a CVT drive.