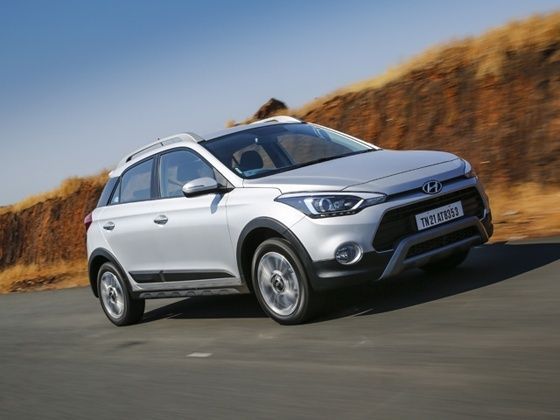 With the launch of the new Hyundai i20 Active, the Korean takes the crossover war to come head-on with the Ford EcoSport — the segment champion by far. We do a quick specification comparison between the two attractively designed crossovers, to find out if the new kid on the block can give a run for its money to the veteran.

To make the most of the Excise Duty benefit offered to cars under the 4-meter mark, most car makers try to squeeze their car designs within 4,000mm. The Ford EcoSport is one such smartly designed car, which gracefully maintains the stance of a butch compact-SUV and yet has an overall length of just 3,999mm. Full marks to the designers for giving the EcoSport good proportions despite its compact size.

On the other hand, the Hyundai i20 Active is based on Hyundai’s current top-selling i20 hatchback. So it has the same proportions, flair and desirability as its successful sibling. To top it, the i20 Active also comes equipped with chunky front bumper, body cladding, roof rails, a pseudo bull bar and skid plates.

The Hyundai i20 Active carriers over the same dashboard, instrument console and top notch quality seen on the hatchback, which is clearly the best in its class. Even in terms of cabin space, cubbyholes and roominess, the i20 Active steams ahead of the Ford EcoSport, thanks to the Korean’s longer wheelbase and better colour combination. The all-black interior of the EcoSport with over-abundant buttons on the centre console has started to look dated now. And despite being wider, it still cannot fit three adults on the back seat with ease.

The Hyundai i20 Active gets reverse camera while the EcoSport just gets parking sensors. Besides the above mentioned, the Hyundai is packed to the brim with equipment, which includes rear AC vents, cooled glove box, auto headlights, a tilt and telescopically adjustable steering wheel and even cornering lights.

Both the cars are closely matched in this segment, as they come with a proven range of petrol and diesel motors. The petrol Hyundai i20 Active comes powered with a 83PS, 1.2-litre Kappa with a higher ARAI certified fuel efficiency of 17.19 kmpl, than the Ford’s claimed 15.8kmpl.

The Ford comes with a larger and more powerful 112PS, 1.5L Ti-VCT petrol motor which also churns out 140Nm of torque which is 25Nm more than the Hyundai. Both motors are mated to a 5-speed manual gearbox, while Ford also has the option of a six-speed dual-clutch gearbox.

In the diesel variants, Ford’s 1.5-litre mill makes as much power as Hyundai’s 1.4-litre motor but the latter produces slightly higher 220Nm of torque compared to Ford’s 204Nm. Moreover, the Hyundai’s engine has a reputation of been smoother and quieter than the EcoSport. The Hyundai i20 Active comes mated to a 6-speed gearbox as opposed to the 5-speed ‘box on the EcoSport.