The newly launched 2016 TVS Victor takes on our king of the commuter class of 2015, the Honda Livo. Will we see a regime? 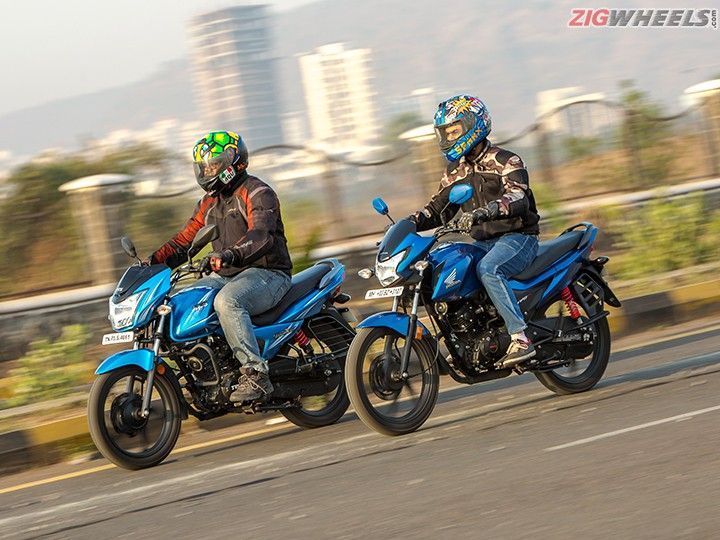 With new manufacturers entering the performance bike segment and international players coming to Indian shores, enthusiasts have had a lot to cheer about over the past few years. Moreover, it has also opened up the market like never before as moto maniacs are now somewhat spoilt for choice. While the sales numbers of these kinds of offerings are surely on the rise, the Indian two-wheeler market continues to be drawn by the commuter class of motorcycles.

Before we get to the actual battle, it is important to go through the history books to highlight the lineage these two have. At a time when the Hero Splendor (then called Hero Honda) was the undisputed kind of the commuter segment, the TVS Victor was the only challenger to give it a run for its money. The bike earned great compliments from experts and users alike and went on to become TVS’ most successful commuter till date. The Hosur-based bike maker recently introduced a successor to this icon in the shape of the Victor 110 and this one too looks to be as promising.

Since the split with Hero Cycles, Honda has focused its energies on the commuter segment. They introduced the Dream Series of motorcycles which has tasted a fair bit of success since its launch. Replacing the CB Twister, Honda has placed the Livo as a premium offering. Unsurprisingly, this one too is based on the Dream series platform.

Last year, the Honda Livo with its refined engine, good efficiency and premium styling impressed us and bagged top honors in the Bike of the Year up to 125cc category. Meanwhile, TVS has also launched some winners in the form of the Star City+ and the Scooty Zest in the last two years. The TVS Victor 110 should be no different. Does it have the might to give the Livo that knockout punch and take the title?

Gone are the days when buyers of this class of motorcycles didn't care about its styling. In fact, considering the number of products in this segment, form holds as much importance as function. And in that regard, the Honda Livo comfortably outshines the TVS Victor 110. The Livo with its chiseled edges looks young and contemporary. We particularly loved the headlight design and the tank extensions. Honda has also fitted the Livo with body colored mirrors, although we found its quality to be a bit questionable.

The Victor 110 on the other hand takes a conservative approach to its design. The massive headlight doesn't sync well with the rest of the design making it look a bit oddball. Talking about headlight, the Victor’s night time illumination is better than its rival’s thanks to a first-in-class 55watt bulb. Hiding behind the windscreen is a semi-digital instrumentation with a tachometer, something that is missing from the Livo.

TVS has gone a step ahead fitted the Victor with hazard lights. However, it is placed exactly where the engine kill switch should have been which makes it confusing. Although the Victor has a pass switch, funnily it doesn't work when it's on low beam. While Livo boasts of better ergonomics than the Victor, the switchgear of the latter feels a lot better built.

Both motorcycles come with a 109cc engine or thereabouts but feel extremely different in the way they ride. The new TVS Victor makes 9.6PS of power and 9.4Nm of torque as opposed to the Livo’s 8.36PS and 8.63Nm. While in day-to-day riding, the difference may not be easily evident, take the motorcycles out on the highway and it comes to fore. The Victor 110 feels a lot smoother at speeds of 70kmph.

At low speeds though the bike doesn't feel as smooth as the Livo. That being said, it can comfortably do 30kmph speeds in the top dog without any knocking whatsoever. A lot of this can also be credited to the 3 valve setup for a crisper throttle response and better fueling. The narrow ratios of the 4-speed gearbox also further this cause. Talking about the gearbox, we did feel it to be a bit sticky though, especially in comparison to the Livo.

However, hop on to the Honda and you will feel it to be a lot smoother than the Victor at lower speeds. Till about 60kmph there are barely any vibrations on the pegs or the handle bars. Once you cross the said speed though, it feels a bit vibey, a result of the deficit power over its rival.

That aside, the Livo feels lively in its low and mid range, making it extremely easy to ride around town. The routine city jaunts are made effortless thanks to the typically smooth Honda 4-speed gearbox. The one-down three-up configuration on the Twister has been replaced by the all-up format on the Livo to give it a true commuter persona. The shifts however are absolutely crisp and positive.

For a person looking to buy a product in this segment, comfort plays a very important role in the buying decision. And in that regard, the Victor scores extremely well. I personally loved the soft seat and thought it to be extremely comfortable for long commutes; however someone with a larger frame might find it a bit too cushy for their liking. The seat is also long and wide enough for great pillion comfort too.

Tall handle bars make for a relaxed riding posture, but unlike the Livo they don't give you the slightest bit of sportiness for improved handling. Talking about handling, the Victor sports telescopic forks up front and 5-step adjustable hydraulic series springs at the back. The suspension is setup on the softer side, which although makes for a plush ride quality has a negative effect on handling. It just doesn't take mid-corner bumps as well the Livo. As far as the braking is concerned, the Victor sports a 240mm petal disc up front and 110mm drum brake at the back. Stopping power of the Victor is extremely impressive and the bike doesn't lose its line even under heavy braking.

The Livo scores just a whisker less than the Victor in terms of ride and braking. Its seat isn't as wide or as long as the Victor. The cushioning is firm too which might make it a bit harsh on the backside over long hours of riding.

The handle bars are tall, but not as tall as the Victor, which helps in giving it a roomier riding posture. Suspension duties are performed by telescopic forks up front and standard hydraulic springs at the back. Setup on the stiffer side, the ride quality isn’t as good as the Victor and the larger bumps do send out an angry message to your back. However, this ensures that the Livo feels composed while cornering. In fact, even in city riding conditions it is easier to maneuver than the Victor.

Up front the Livo get a similar sized disc as the Victor but the rear drum brakes are 20mm larger. Despite that our test mule didn't seem to have the kind of bite in its brakes as its rival in discussion.

In terms of efficiency, both motorcycles are more or less equally matched. TVS claims the Victor would return 76kmpl while the Honda Livo with the HET technology claims an efficiency of 74kmpl.

Commuter segment of motorcycles is extremely sensitive to price. And with that in mind, the Hosur-based bike maker has the pricing spot on. The Victor has been priced at Rs 51,490 for the disc brake variant while the similar specced Livo costs Rs 55,488. All-prices ex-showroom Delhi.

It's been a tough battle this one, with each motorcycle piping the other in a few areas. TVS has done well to bring back the Victor name and ensure that it stays true to its DNA. It has the comfort, great ride quality and the price going for it. The Honda though, gains an edge in term of refinement, looks and handling. Yes, it does demand a premium over the Victor, but considering that the Japanese bike maker has a wider service network for hassle free ownership, the extra sum feels worth investing in. To us then, the Honda Livo just inches ahead of the TVS Victor 110 in this comparison.