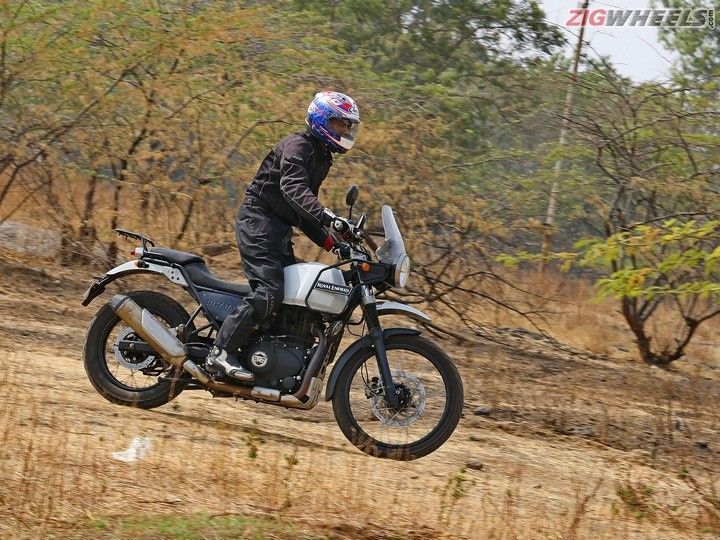 I owe Royal Enfield a big thank you for creating its Himalayan, that has rescued me from the pit of depression the devilishly versatile, enticing and mightily pricey Ducati Multistrada 1200S had left me in. The Himalayan does almost everything the Multistrada can, albeit with less power and panache, and what’s more, it is priced at a mouth-wateringly attractive Rs 1.56 lakh (ex-showroom Delhi).

Being low on power is the main downside the Himalayan is faced with, but real world performance can throw up a different scenario. Let's get to the nitty-gritty.

Royal Enfield has endowed the Himalayan with an all-new 411cc air-cooled motor. The LS (short for long-stroke) 410 engine is a far cry from the old-school RE engines. But a long-stroke nature has been retained to ensure ample low-down torque with a major emphasis on refinement. A counterbalancer reduces vibrations, and while the engine may not be as refined as Japanese mills, it is a distinct improvement over its predecessors. The engine also features oil-cooling, another first, which should aid long-term reliability. Fuel injection has been forsaken for easy serviceability and the bike features a carburettor set-up with a throttle position sensor for better response. While the competition has six-speed gearboxes, the Himalayan’s five-speed is apt enough.

In the braking context, the front gets a single 300mm disc while the rear gets a 240mm disc. The bike makes do without ABS. The Himalayan gets dual-purpose Ceat tyres on 21-inch front and 17-inch rear spoke wheels.

The motor makes 24.5PS at 6500rpm and 32Nm of torque between 4000rpm and 4500rpm. These may seem modest but peak power and torque are developed low in the rev range, making the performance more accessible, and this shows up in the stats as well.

The Himalayan hit a top speed of 122kmph before we ran out of road. The fifth cog on the Himalayan is more of an overdrive gear and is best suited for cruising on the highway at speeds above 80kmph.

On the fuel efficiency run, the Himalayan returned 29.48kmpl in city and 34.53kmpl on the highway.

At the launch of the Himalayan in Shimla, Eicher Motors MD and CEO Siddhartha Lal said that the bike was targeted at riders graduating from 150cc bikes. They could utilise all the power without feeling intimidated, the power toned down in the interests of fuel economy. Yes, the bike could have done with 5PS more but that thought was far away from my mind as I spent three days on the bike hooning around in the city, highway and off-road.

Its accessible power, non-intimidating nature and the light, flick-able chassis are tall virtues indeed, and the Rs 1.56 lakh price tag make it hugely desirable, the nearest rival being priced at Rs 6.6 lakh.