Italian brand MV Agusta is the latest big bike manufacturer to enter the Indian market. We spend a day riding the blisteringly fast and exquisite Btutale 800 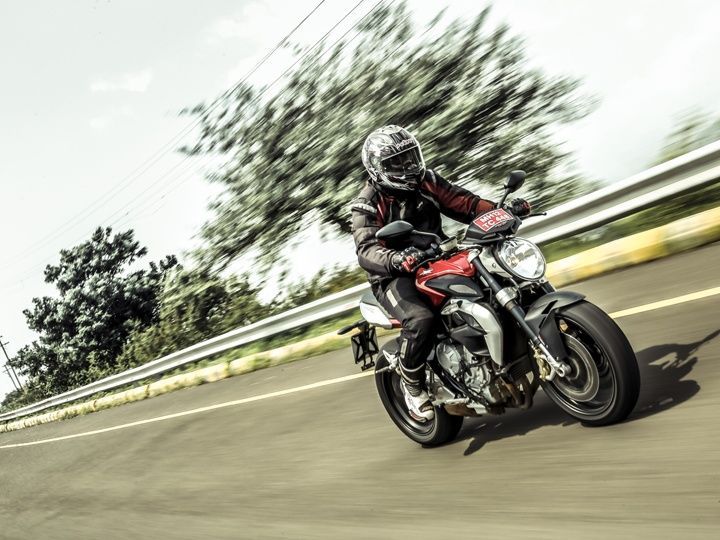 Italians have a unique way of doing things... be it their food, fashion or expression. The same can been seen when it comes to their motorcycles, as they have a sense of suave styling and personality that many rival manufacturers can only dream of. And when it comes to MV Agusta this impression goes many a notches higher. As a budding teenager, I was smitten the first time I laid my eyes on the MV Agusta F4 which according to many enthusiasts (including yours truly) is among the most beautiful motorcycle ever created. It was on my bedroom wall for many years but before getting into that let me give you a short brief about this majestic Italian brand.

MV Agusta (Meccanica Verghera Agusta) was founded in 1945 on the outskirts of Milan. It concentrated its efforts on producing small-displacement, café racer-style motorcycles between 125 to 150 cc. MV Agusta really came into limelight after it started racing and it literally dominated proceeding between 1950-1970 as it won from the Isle of Man TT to 500cc Grand Prix racing and everything in between with legendary riders like John Surtees, Mike Hailwood and Giacomo Agostini. Like many Italian brands finance hasn’t been MV Agusta’s forte and it changed many ownerships and currently is owned by the Castiglioni family while Mercedes-AMG has 25 per cent stake. Now coming to the Indian context, MV Agusta has entered our market in association with Kinetic Group. The MV Agusta Brutale 800 is currently undergoing homologation and will be the entry-level product for the bikemaker. We spend a day riding this Italian exotic motorcycle on the outskirts of Pune.

Gorgeous can be the one word used to describe the design of the MV Agusta Brutale 800 and the one aspect that stands out is the union of curves and sharp lines. Traditionally streetfighters have an edgy design language to give them the aura of muscle but in the Brutale 800 it’s the curved surfaces that endow its distinct appearance. A good example of this design philosophy is the headlamp that is oval shaped when viewed from front but in profile the edgy lines can be appreciated. The neatly chiselled fuel tank, the exposed trellis frame, beefy forks work in conjunction to further enhance the visual drama of the Brutale 800. It has a mass forward design language but the petite tail lamp cluster, stunning single-sided swingarm and multi-spoke wheels with chunky rear tyre balances the design beautifully. The party piece for me definitely is the vertically stacked triple exhaust mufflers that just look smashing and one can identify the bike with close-up shot of just the pipes.

The MV Agusta Brutale 800 employs an all-digital instrument console which has a plethora of information from lap timer, trip meter, traction control settings, ride modes etc. But sadly the fit and finish isn’t of the same calibre as the styling. There are lots of wires and cables visible and it would be better if they were concealed. The same is for the switch gear as the quality of the switches isn’t of the same quality as say its Japanese rivals. Also lest you forget that you are riding an Italian exotic, we found the MV Agusta branding on 18 different places!

The MV Agusta Brutale 800 isn’t among those offerings that’s all show but lacks the performance to match the glamour. Powering the Brutale 800 is inline three-cylinder motor churning out a127PS at 11,600rpm and peak torque rating of 81Nm at 8,600rpm. Twist your wrist and the motorcycle does complete justice to its name as it shoots of the line in a brutal manner. The engine loves to be revved and power is available throughout the revv band and even when one opens the throttle at 50kmph in sixth gear it has enough grunt to pull away cleanly.

The power delivery is a bit scary as the front has the tendency to lift off if you’re aggressive on the throttle and the MV Agusta Brutale 800 isn’t meant for novice riders and you need a mature head to respect this beast. Owing to this nature, the eight-level traction control and power modes really come of use as it aids the rider in understanding the bike better. As for me, I really liked this unpredictable nature of the bike as it made the ride more intriguing. The stock exhaust pipes do a great job in providing aural bliss with a note that is a great mix of a high pitched inline four motor and the raw growl of a twin-cylinder engine. The 6-speed gearbox worked like a charm while the addition of electronic quickshifter (it allows the rider to change gears extremely fast without closing the throttle or using the clutch) is really beneficial when you plan to give the Brutale 800 a bit of trashing.

The compact dimensions mean that the MV Agusta Brutale 800 isn’t intimidating as other high displacement streetfighter bikes when you sit on it. The flat handle bar and rear-set foot pegs result in a slightly front biased but a comfortable riding posture. The Brutale 800 is surprisingly nimble also as changing directions needed just a nudge on the bars and it didn’t feel out of place on our traffic infested streets. But the real character comes alive when you show the motorcycle some twisting corners which it relishes with great joy as the trellis frame and the Pirelli Diablo Rosso tyres work in conjunction to plaster a wide grin on your face. Ride quality is on the stiffer side which is a trade-off for beautiful handling dynamics. But the USD forks and monoshock rear suspension are adjustable to better suit one’s requirements. Braking is done by Brembo sourced disc brakes and they do a fantastic job of shedding speeds and offer tremendous bite that needs a bit getting used to.

The MV Agusta Brutale 800 is a fantastic piece of engineering. It’s fast, loud, fun to ride and above all has a character which is lacking in most of the modern performance bikes. The fact that it looks drop-dead gorgeous further amplifies its appeal. But like all good things in life, it wouldn’t be cheap. It will be coming via the CBU route, so be ready to shell out close to Rs 13 lakh (ex-showroom) and will be available only in three metro cities initially and after sales remains questionable. But the MV Agusta Brutale 800 is not a bike you buy from your mind but from your heart. It’s among those aspirational products in life that have a cheaper alternative but you wouldn’t be satisfied with anything but THAT and the Brutale 800 is one such motorcycle.