The second Abarth powered Fiat is a crossover meaning the same performance as the Punto, in a more practical package. Does it make us smile even wider? 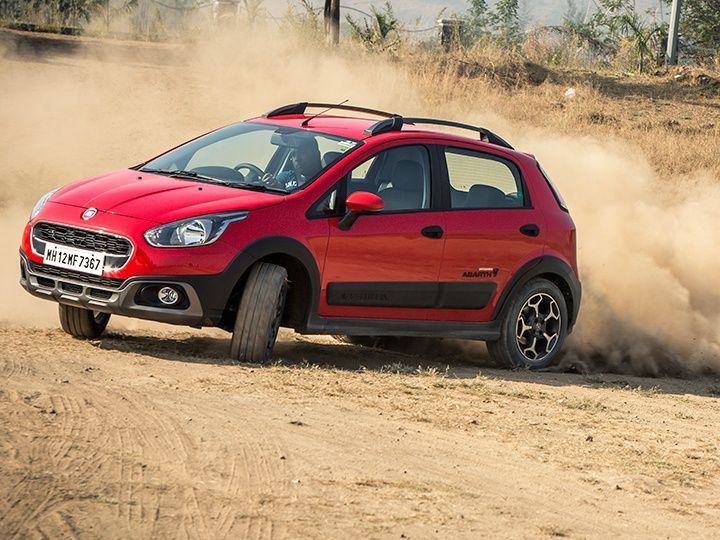 The past couple of years have seen several manufacturers jump onto the crossover bandwagon – there’s good reason for it too. But I for one was never a taker – I’d rather be happy with the ‘regular’ version of the hatch since apart from the higher price tag there’s usually not much to differentiate the crossover from its donor hatchback. A couple of days in the Mercedes-Benz GLA 45 AMG earlier this year changed my perspective entirely though. A cracker of an engine under the hood of a hatchback on stilts suddenly seemed like one awesome deal. Of course, that’s a set of wheels that’ll cost you as much as perhaps a dozen hatchbacks, but the GLA 45 made me wonder why other manufacturers can’t think the way Mercedes-Benz did!

It’s a no-brainer in fact – the compactness of a hatchback, ground clearance of an SUV and a motor that makes you smile each time you floor the pedal – and I know a lot people who would love to drive such a car daily. As if on cue, Fiat announced the launch of the ‘Powered by Abarth’ Avventura along with the Punto Abarth. Now, who wouldn’t like the prospect of driving a hatchback with the ground clearance of an SUV and a turbocharged petrol engine churning out 140bhp under its hood? It sounded like the perfect recipe for spicing up your daily commutes and soon we found ourselves phoning Fiat India to let us have the car for a drive. Read on to find out what the Avventura ‘Powered by Abarth’ felt like from behind the wheel.

The magic remains under the hood, as the Abarth version of the Avventura looks pretty much like its regular version. In fact, even the stickering seen on the Punto Abarth is missing on this one, and the only visual distinctions are the ‘Powered by Abarth’ badging on the rear doors and the ‘Scorpion Sting’ wheels. Of course this one gets fatter, grippier 205/55 16-inch tyres and the rectangular end can at the back, but besides these changes you can’t tell this one apart from the regular version that comes powered by either the rather lacklustre 93bhp diesel or the 89 petrol engines.

Not that the Avventura doesn’t look good – it is quite a looker and in fact is one of the better looking crossovers on sale, especially with the Punto’s likeable Italian design, roof rails and not to forget that spare wheel sitting at the back. It is a pretty sight overall, and with the Abarth wheels the Avventura looks better though some sporty decals would have added more show to its go.

Again, it’s the same story inside as Fiat chose not to spruce up the interiors of the Abarth version. This is beyond me since I would have expected sportier colours to say the least instead of the same grey-black dashboard and the brown leather on the door panels. The seats too are the part leather part fabric covered ones as the regular car and in fact there is no visual distinction at all between the Avventura and its Abarth powered version once you sit inside. Quality of interiors is quite nice, especially with the grey Alcantara-like material on the dash, but the plastics still feel sharp edged and too hard. The insides of the Abarth are thus nice despite being the same, but the bigger let down is the driving position which is still slightly confused between comfortable and sporty.

The ‘tilt-meter’ and compass from the regular Avventura find their way into the Abarth version too in keeping with the crossover theme, but I cannot really imagine putting them to use unless venturing out into a jungle or a desert. In terms of features this one gets the same package as the regular car with climate control, rear AC vents and the same, well detailed trip computer. The audio system plays music from CDs, USB and AUX but despite the Microsoft Blue & Me Bluetooth letting you sync your phone for voice calls you still can’t stream music via Bluetooth. In short, the engine aside the Abarth version of the Avventura is the same as the regular version, though we feel Fiat could have offered more goodies here, this being a car that will find favour with petrol heads who do not mind spending more in the interest of more creature comforts.

Once you are on the go is when the Avventura clears its intentions of not being just an ordinary hatchback with the ‘crossover’ tag. Once the turbo spools up acceleration from the 140bhp motor is relentless, and in fact it is nearly impossible to not have the front wheels spin up each time you accelerate. In fact there’s a fair bit of torque steer in first and second gear. The engine pulls strongly at bottom revs, and continues to offer ample thrust all the way up to the 6000rpm mark. Acceleration is thus quick, and if this car were to get launch control, the Avventura Abarth would be one seriously quick car.

You could of course drive it like a normal car at low revs, but where’s the fun in doing that when you have a 140 horses lurking under the hood. Wheelspin and torque steer aside, hard acceleration will leave you with stunned co-passengers, since it is strong enough to thrust you into the seatback. Performance is thus way better any crossover in its segment and the Avventura Abarth is easily the quickest, fastest car in its class without really costing significantly more than its competition. This performance comes in handy when driving distances on highways, but is equally helpful when cutting through traffic in city as well.

There’s two sides to the raised suspension on this car. While on one hand it enhances ride quality and makes the car more pliant on non-existent roads, allowing you to plough through without a worry, it also takes away some of the handling. Especially around slower corners when you feel this, since the taller suspension does not let you put all the power down, causing you to feather the throttle to ensure you do not lose traction. That aside torque steer makes you smile but that’s at the expense of forward progress apart from you needing to control the steering to ensure you are going in a straight line. Faster corners are more fun since you can put the power to use, and at speeds the car feels confident and sure footed, especially with the fatter tyres and the Avventura Abarth is a car that eggs you to drive it fast.

It’s the 140bhp turbocharged petrol motor that is the star of the show here. Fiat’s 1.4-litre T-Jet motor has been tweaked well to offer more power in a way that has you smiling each time you put your right foot down. It doesn’t offer exceptional features nor does it look different from its lesser powerful versions, but if you are looking for a small car with ample performance and good ground clearance the Avventura ‘Powered by Abarth’ is a worthy option. Quality of plastics and interiors could have been better and Fiat could have certainly thrown in a few more features to make it more appealing, but that’s barely in the way of the fact that this is a fun car to drive. If not too worried about fuel efficiency the Abarth version of the Avventura is a steal given its sticker price of Rs 9.95 lakh, when you consider the performance and fun quotient as compared to any other crossover in its segment. Where this car will truly shine is in the hills up north with its firecracker engine, pliant ride and likeable handling around corners. Now to plan that vacation soon…