With the new Volvo XC90, the Swedish car manufacturer hopes to make a bold impact on the Indian market. We drive the luxury SUV in Spain to see if it can achieve this uphill task. The new SUV will go up against the likes of Audi Q7, BMW X5 and Mercedes-Benz GL-Class 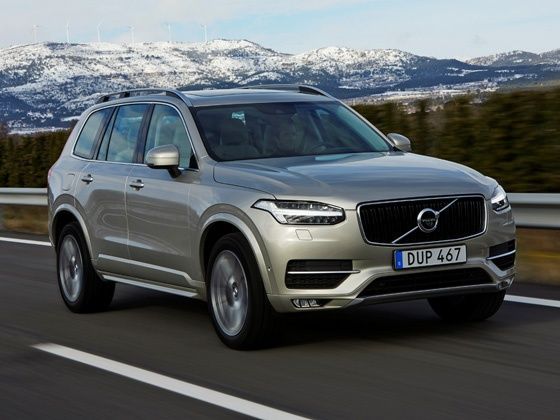 Till date, Volvo cars have managed to create a small but niche clientele in India. But riding high on the strong list of safety features, useable seven-seats and understated good looks of the all-new 2015 Volvo XC90, the company is hoping to elbow out competition like the Audi Q7, BMW X5 and Mercedes-Benz GL-Class and create a larger audience in India than ever before.

The 2015 Volvo XC90 is the first completely new car developed in-house, after Volvo was acquired by China’s Geely Holding. The first to use brand new powertains  and the versatile Scalable Product Architecture (SPA). The same platform on which newer derivatives of '60' & '90' cluster of Volvo cars will be based on. And from here, Volvo has plans of refreshing its entire line-up within the next four years, which would technically make the 2015 XC90 the oldest car model among its siblings.

Although it is still called the Volvo XC90, there's practically nothing else the new car carries forward from the outgoing model - apart from the practical seven seats and the Swedish concept of minimalistic design. There's just a hint of the older XC90 design in the new car, but overall the design now looks more progressive and bolder than ever before.

The most distinctive aspect is the sleek split-headlights design, with a unique ‘T’ shaped DRL that Volvo terms as the ‘Thor’s hammer’. Typically Volvo is the 2015 Volvo XC90 strong shoulder lines which merge into the vertical taillights. The new Volvo XC90 has a good combination of the company's traditional design with oodles of modern lines.

In India the Volvo XC90 will be offered in two trims - the entry level Momentum, and the top-end Inscription. What separates the two in terms of exterior design is that the latter will feature a full-chrome front grille, along with a pair of fog lamps housed in the front bumper, and larger 20-inch wheels compared to the Momentum's 19-inch ones with different alloy wheel design. On the side, the top-of-the-line car will get a slim chrome strip, with 'Inscription' inscribed on it. More prominent roof rails and dual integrated tail pipes are the other extras you get on the higher spec Inscription. The overall exterior design isn't really path breaking, but looks solid and modern.

If there's anything that can convert you to a Volvo loyalist, it's the cabin of the 2015 Volvo XC90. For those who buy the new XC90, their fondness for it will keep growing as one spends more time with the SUV. The interior employs a minimalistic approach, has top quality finish and gives hardly any reason to complain. Also, the latest CleanZone package is really good at keeping the cabin free of harmful particles from outside, and this could yet be another selling point for Volvo in Indian metro cities, which are constantly grappling with pollution problem.

The clean, multi-layered dashboard, dual tone steering wheel and the fine wood facia from door to door make the XC90 look premium. Volvo executive say that pedal shifters will be included in the production cars, which were missing in the pre-production version I got to drive. The neat centre console gets just eight buttons, along with a vertically mounted touchscreen which, finally in a car, works as smoothly as a high-end tablet. The only issue is that it is difficult to navigate while driving. Even something as simple as lowering the aircon temperature can turn a tad distracting, on the go. Also, one might end up tapping on the wrong option on bumpy roads. It's a small compromise — to get rid of the clutter of buttons from the centre console.

I was driving the top-spec Inscription variant which came with wood inlays on the leather wrapped dashboard and Nappa leather upholstery and ventilated front seats. Along with the standard 12.3-inch colour instrument cluster for the driver, the Inscription trim also gets a heads-up display and a top class Bowers and Wilkins entertainment system which features an air-ventilated sub woofer.

The seats are extremely well bolstered, large and comfortable. This I can personally vouch for, having spent a couple of days and hundreds of kilometres on them. It also has terrific visibility from the driver's seat, in fact, from any of the three rows of seat (thanks to the large windows and the standard panoramic sunroof), with just the large side rear view mirrors playing spoilsport at times. The third row seats are as large as the second row seats and can comfortably accommodate an average sized Indian and also offer decent legroom and has dedicated AC vents.

A few months ago we listed a whole bunch of Intellisafe features the new Volvo XC90 boasts of, including the newly developed Off-Road Safety which makes the seat belts brace the occupant and prepares the SUV, when it detects that you've gone off the road unintentionally. In addition to this there is also a similar safety feature which protects passengers from front or rear collision. And yet another one to warn the driver when it senses the car is drifting into another lane. Most of these features use radar technology, use of which sadly is banned for the public by the Government of India.

So, Volvo XC90 will continue to be equipped with these great safety features but the car maker will disable them in the Indian variants for now. And in future, if the laws in India permit the use of radar, then just a software upgrade by Volvo will reinstate them.

The other good thing about the new scalable chassis is its design to accommodate various engine types, including hybrid powertrains. The first motor to be launched in India will be the new D5 diesel. The 2-litre twin turbo, in-line four is good for 228PS of max power at 4250rpm, while torque peaks at 470Nm between 1750-2500rpm. It's smooth to drive, not exceptionally spirited but feels strong enough during overtaking.

The motor comes equipped with an eight-speed automatic gearbox which powers all four wheels, and also on offer is a range of driving modes. But this over-two-tonne SUV feels best in less sporty modes, as even in Dynamic, the drive isn't as engaging, nor vastly enthusiastic than Comfort. The XC90 is best left in the relaxed, tranquil state as it cruises on the highway with utmost ease and comfort. Having said that, it does claim a respectable 0-100kmph time of 7.8seconds with a top speed of 220kmph.

Apart from the diesel option, Volvo is also considering to get the 320PS, T6 petrol and the 400PS hybrid Twin Engine T8 variants to India. In time, two-wheel drive versions will also follow, along with a special four-seater edition which will offer best in class legroom and luxury.

With the air-suspension, which India will get, the 2015 Volvo XC90 manages to deliver the right chassis stiffness, good body control and impressively pliant ride quality. Even when you're pushing the new XC90 it’s sure footed around turns, and although you can feel a light body roll, it remains composed and fairly flat. But most of the time, I preferred to keep it in Comfort and enjoy its great blend of a refined motor, well insulated cabin; good ride quality and equally impressive handling ability.

The new Volvo XC90 uses the best of Scandinavian design expertise to make the SUV up-market and stylish, ready to take on rivals like Audi Q7, BMW X5, Mercedes-Benz GL-Class and the Range Rover Sport. So, you're looking at an estimated price of around Rs 65-70 lakh in India.

It's a well engineered car designed to offer great road manners, useable seven-seats, a terrific cabin and by makers who care to give you a really safe car. Now it all boils down to the positioning of the Volvo XC90 in India. That’s a wait and watch.