The carmaker had revealed the facelifted SUV back in 2019 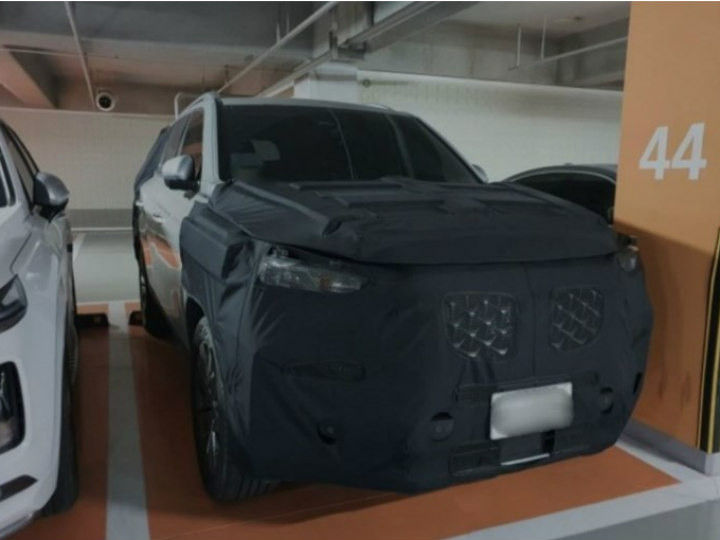 Mahindra may have just updated the Alturas G4 to meet BS6 emission norms, but the car it is based on, the Ssangyong Rexton G4, has already had its mid-life refresh revealed. And now, it has been spotted testing in South Korea.

While the spy shots reveal the SUV in heavy camouflage, we already know the cosmetic changes it gets. Revisions include a honeycomb mesh grille, revised front bumper, new headlamps, restyled alloy wheels, and repositioned badges at the rear. Expect the Alturas G4 to continue with the traditional Mahindra grille with minor tweaks.

On the inside, it is relatively similar aside from a new gear shifter. Feature highlights include a touchscreen infotainment system with Android Auto and Apple CarPlay, dual-zone climate control, powered tailgate, cruise control, coloured multi-info display, and ventilated seats. Safety features on offer are nine airbags, ABS with EBD, electronic stability program, hill descent control, as well as hill start assist. The Alturas G4 is likely to retain most of its feature list, albeit with minor updates.

Under the hood, the Ssangyong Rexton G4 facelift retains the 2.2-litre diesel unit, producing 187PS and 420Nm. That’s an increase of 6PS compared to its predecessor. It is paired with a 7-speed automatic transmission sourced from Mercedes-Benz. Expect the same treatment for the Alturas G4 facelift along with 2WD and 4WD drivetrain options.

As things stand, Mahindra is unlikely to bring in an updated Alturas G4 anytime soon considering its recent BS6 update and young shelf life. An update could surface around 2021. Currently, the Mahindra Alturas G4 BS6 is priced at Rs 28.69 lakh for 2WD and Rs 31.69 lakh for 4WD. Expect a premium over its predecessor considering the upgrades on offer. If it does make it to Indian showrooms, it  will rekindle its rivalry with the Ford Endeavour, Isuzu MU-X, and Toyota Fortuner.