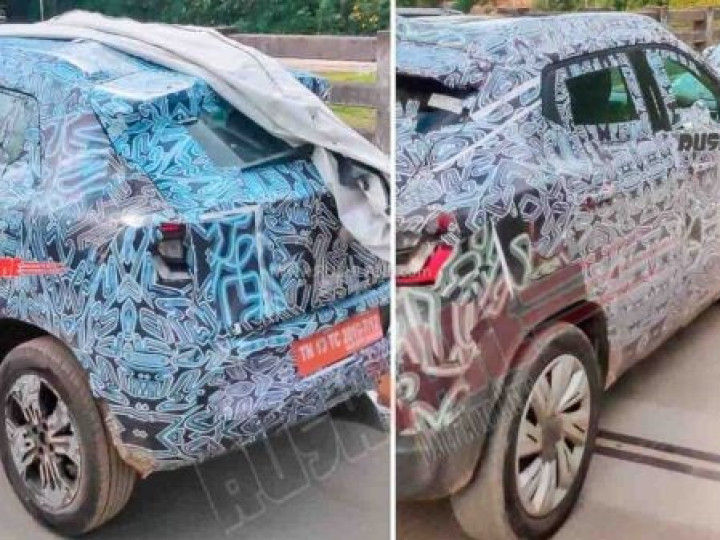 Renault’s sub-4m SUV, the Kiger, was spotted testing once again, in its pre-production-spec form. The Kiger is built on the same Renault CMF-A+ as the upcoming Nissan Magnite, as part of the Renault-Nissan alliance. So what can we expect from the Kiger? Let’s find out.

In terms of design, the Kiger is essentially a rebadged Magnite, but it carries its own identity. Spy shots reveal that the design elements seem inspired by other Renault models like the front grille, which is similar to the Triber, and the split LED headlamps resembling the Kwid. The camo-wrapped Kiger appears to be similar to the Magnite in profile, albeit with different alloy wheels. The rear appears to have the same C-shaped LED tail lights as seen in the concept teaser.

While there is no information regarding the interiors, we can expect the Kiger’s list of features to resemble that of the Magnite. So it could come with an 8.0-inch touchscreen infotainment system with Apple CarPlay and Android Auto, a digital instrument cluster, connected car technology, cruise control, and a choice of 16-inch alloy wheels. Safety could be taken care of by ABS with EBD and ESC, tyre pressure monitor, rear parking sensors, and a 360-degree camera.

The Kiger is expected to go on sale by early-2021, possibly by March. It is likely to be priced in the same range as the Nissan Magnite, which could come in at Rs 5.50 lakh to Rs 9.55 lakh (ex-showroom) once it hits the markets on December 2. In addition to its cousin, the Magnite, Renault’s sub-4m Kiger will lock horns with the Kia Sonet, Hyundai Venue, Toyota Urban Cruiser and Maruti Suzuki Vitara Brezza among others.