Here’s A Look At What To Expect In The ID.4 In Leaked Images 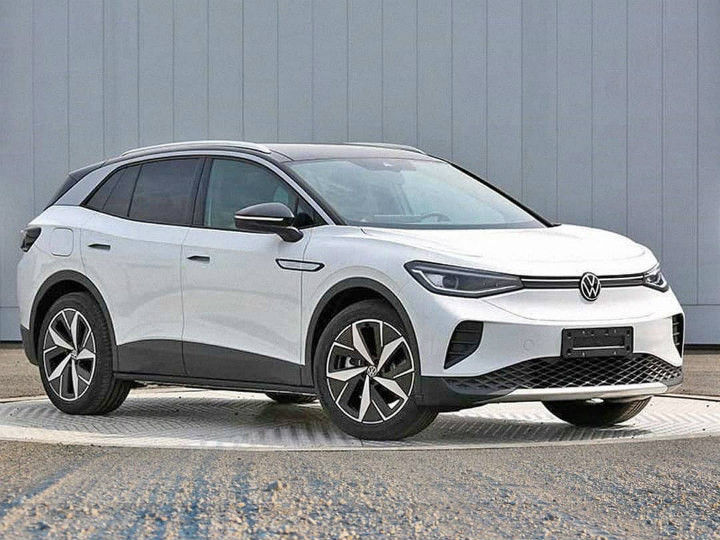 Ever since Volkswagen silently teased the ID.4 electric SUV during the debut of its ID.3 hatchback at the Frankfurt Motor Show in 2019, the carmaker has been dropping minor tidbits about the ID.4 for a while, with teasers of pre-production prototypes with camouflage. And now, leaked images of the ID.4 electric SUV undisguised have surfaced ahead of its expected debut later this year. These images were allegedly sent by Volkswagen to China's Ministry of Industry and Information Technology as part of a process that all car firms must follow to gain type approval for models in the country.

The undisguised exterior shots reveal that the ID.4 will share some design traits with the ID.3 hatchback like the illuminated VW logo as well as the connected headlamp design. It also sports similarities to the ID Crozz concept it is based on that was showcased at Auto Expo 2020. Familiar bits from the concept include a sloping  roofline, and connected taillamps. The leaked images also reveal upto three different alloy wheel designs. It will be built on VW’s MEB (Modular Electrification Toolkit) platform that will also be the foundation for future Volkswagen EVs.

Interior images are yet to be revealed, but Volkswagen has confirmed a fully digital cockpit operated by touch sensitive sensors and voice recognition for the ID.4. Since it has similarities from the ID.3, we also expect it to borrow equipment such as augmented reality (AR), a head-up display, and a touchscreen infotainment system with Android Auto and Apple CarPlay.

Detailed technical specifications on the ID.4 are still under wraps, but the carmaker has revealed that it will be initially sold with a rear-wheel drive powertrain at launch. The electric powertrain could deliver the same 204PS and 310Nm as the ID.3 hatchback. Volkswagen is planning an all-wheel drive powertrain in the future that is likely to output 306PS/320Nm like the ID Crozz it is based on.  In terms of range, the carmaker has revealed that the ID.4 will get options up to 500km.

The Volkswagen ID.4 electric SUV is slated to launch later this year in the international market. There is no word yet on when it will make it to Indian shores, but we expect it in the near future. If it comes to India, it is likely to be placed above the Hyundai Kona Electric and the MG ZS EV.