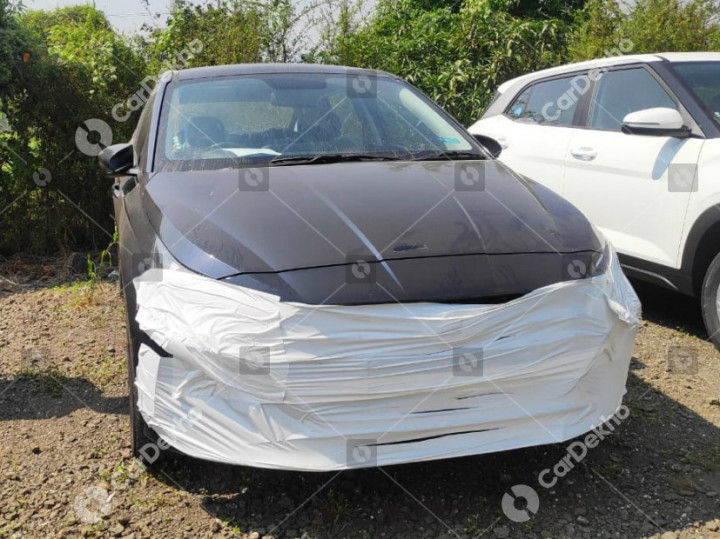 The new Hyundai i20 is scheduled for a November 5 launch, but before that, we’ve managed to get our hands on some images of the Sportz variant. Despite the covers, it reveals just about enough for some informed speculation with the help of our dealer sources, of course.

In terms of placement, the Sportz variant lies right above the base Magna and is topped by the Asta and top-spec Asta (O) variants. Unlike the LED projector headlamps found on the two Asta offerings, the Sportz model will get halogen bulbs. Make no mistake, those aren’t alloy wheels the Starry Night i20 is standing on, but 16-inch dark-finished flex wheels.

The i20 Sportz will be offered in four variants: 1.2-litre petrol engine with 5-speed manual or CVT, 1.0-litre turbo-petrol with 6-speed clutchless manual (iMT), and 1.5-litre diesel with a 6-speed manual gearbox. However, the Sportz variant in the spotlight today seems to be sporting a 6-speed manual gear lever, albeit without the iMT badge at the front or back, leaving only one option: the 6-speed MT diesel powertrain. For more information on the powertrain options and their respective fuel-efficiency figures, head here.

We expect the third-generation Hyundai i20 to be priced between Rs 6 lakh and Rs 10 lakh. It faces stiff competition from a crowded playing field which features the likes of the Maruti Suzuki Baleno, Toyota Glanza, Honda Jazz and Tata Altroz.