The facelifted Innova Crysta will get a slightly redesigned front profile, a new set of wheels, and possibly a few additional features 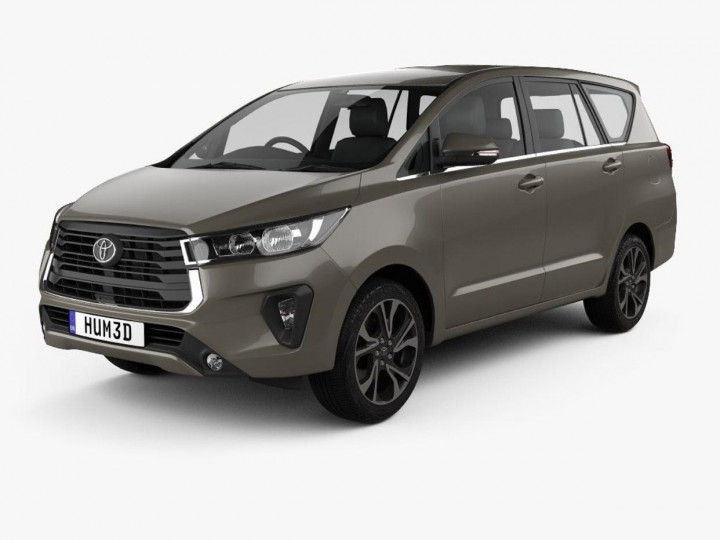 Leaked 3D images of the facelifted Toyota Innova Crysta reveal subtle cosmetic updates. The MPV, which has been a staple offering for quite some time, is up for a mid-life update.

Digitally rendered images reveal minor changes to the front. The grille gets a slight upgrade in terms of detailing with a larger Toyota badge. A new bumper sees a change in the position of the DRLs and fog lamps. While the model in these images looks like a low-end variant, the top-spec one is expected to get the same LED layout as the Fortuner.

While the Innova’s current feature list is somewhat substantial, with cruise control, TFT MID, and powered driver’s seat, expect it to get some upgrades. It could see the inclusion of a new bigger touchscreen infotainment system with Android Auto and Apple CarPlay as well as connected car technology.

Currently, the Innova Crysta comes with a choice of two power sources: a 2.7-litre petrol engine and a 2.4-litre diesel engine, both of which are mated to either a 5-speed manual gearbox or a 6-speed automatic one. The facelifted model is expected to retain the current powertrain options.

The Innova Crysta occupies a comfortable spot in its segment, but it’s slowly seeing competition in the form of 3-row SUVs such as the MG Hector Plus and the upcoming Tata Gravitas that fall in the same price range. The Innova Crysta, which has been around since 2016, is expected to receive a facelift by early-2021.