The Sonet Finally Has A Debut Date 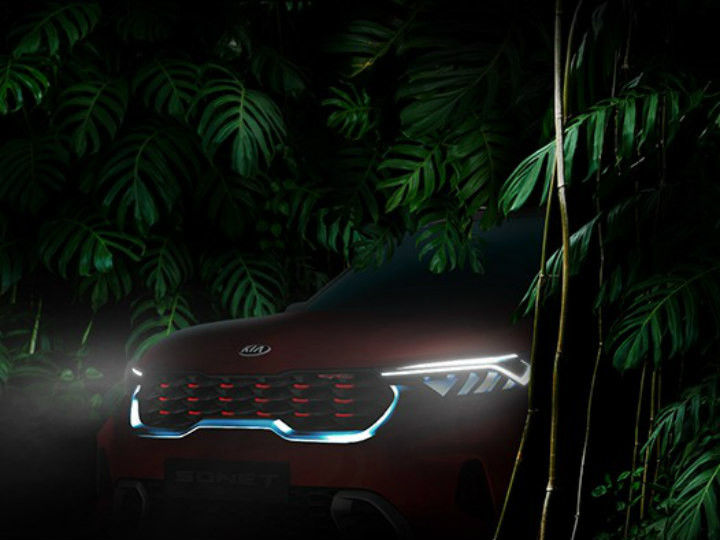 Kia Motors has revealed that its third offering for India, the Sonet will be unveiled on August 7 2020.  Its concept form made its world debut at Auto Expo 2020. The market launch of the Sonet is expected in September 2020.

The production-spec Sonet is likely to be very similar to the concept showcased at Auto Expo aside from subtle tweaks and a different set of alloy wheels that were spotted in spy shots. Design highlights for the Sonet concept include a smaller version of Kia’s trademark tiger nose grille paired with headlamps and swanky DRLs, an upright stance and squared-out wheel arches as well as connected tail lamps.

A glimpse of the cabin reveals that the Sonet could sport a similar aesthetic as the larger Seltos. Highlights include a long panoramic panel housing the Seltos-like 10.25-inch touchscreen infotainment system and driver’s instrumentation. It also gets a flat bottom steering wheel, large central AC vents separated by an array of buttons and a black upholstery with silver accents and red stitching for the seats.

It will come equipped with features like a Bose sound system, climate control and connected car technology. Also expect bits such as a wireless phone charger, cruise control, and keyless entry with push button stop-start .

Under the hood, it is expected to share its engines with the Venue including the 120PS 1.0-litre T-GDI petrol engine. Transmission options could include a 7-speed DCT as well as a 6-speed iMT (clutchless manual) like in the Venue. The 1.5-litre diesel will also be part of the Sonnet’s powertrain options. Entry-level petrol variants could do with the 1.2-litre naturally aspirated motor.

The Kia Sonet’s pricing is likely to start from Rs 7.5 lakh (ex-showroom) onwards. Post its India launch, the Sonet will take on the likes of the Maruti Suzuki Vitara Brezza Hyundai Venue, Ford EcoSport, Tata Nexon and the Mahindra XUV300 along with upcoming models like the Renault Kiger and Nissan Magnite.