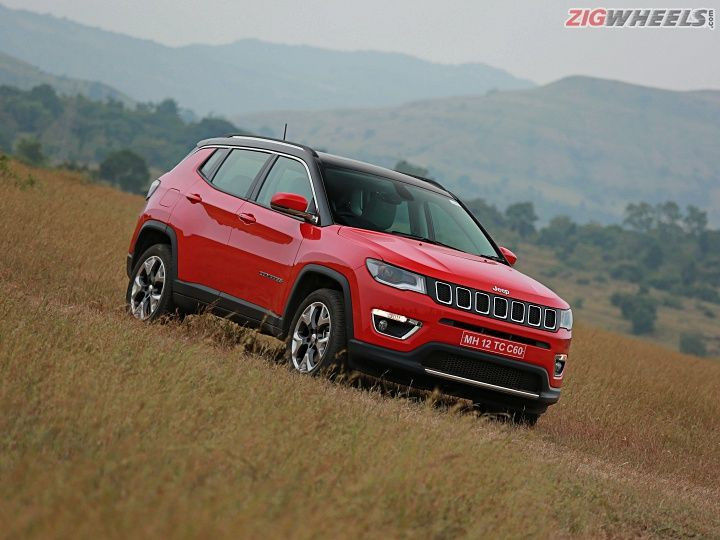 Jeep has been hard at work testing the facelifted Compass ahead of its India launch in early 2021. But unlike the 2020 model year updates for Euro and US-spec models, the India-spec models are set to get more updates inside-out. We’ve already spotted the updated Compass from the outside, and now  spy shots of the facelifted Compass’ interior have surfaced online. And we can tell you that it’ll be a comprehensive update.

While the spied cabin shot is partially covered , there are plenty of changes visible, chief among which is the revised centre console that houses a larger touchscreen infotainment system. Detailed specifications are yet to be revealed, but it is likely to be FCA’s new UConnect 5 infotainment system that’s offered with screens size ranging up to a massive 12.3-inch with connected car technology. This particular test mule seems to be fitted with a 10-.25-inch screen, which was first seen on the new Fiat 500e.  A new steering wheel is the other visible change on the updated Compass while the climate control buttons are likely to be repositioned due to the bigger touchscreen.

The facelifted India-spec Compass may include a branded audio system, ventilated front seats, and a digital instrument cluster as well. It is also likely to carry forward features like the panoramic sunroof, power-adjustable driver’s seat with memory function, cruise control, leather upholstery, and six airbags.

Due to the Compass facelit test mule being shod in heavy camouflage, the only changes spotted are new 5-spoke alloy wheels. That said, it could feature more updates like redesigned bumpers, new LED headlamps and tail lamps, and a new colour palette.

The other major update in the Compass could lie under the hood. Possible powertrain options may include FCA’s new 1.3-litre turbo-petrol engine that’s offered in two states of tune: 130PS (6-speed MT) and 150PS (DCT). These figures are lower than the current 1.4-litre unit which puts out 163PS. We expect the 170PS 2.0-litre Multijet engine to be carried forward unchanged with both manual and automatic options.

Expect the updated Jeep Compass to  launch at a premium over the current model which starts from Rs 16.49 lakh (ex-showroom). It will rival the likes of the Skoda Karoq, the facelifted Hyundai Tucson as well as the upcoming Citroen C5 Aircross in India.