Good News For Gypsy Fans Expecting The Jimny In India 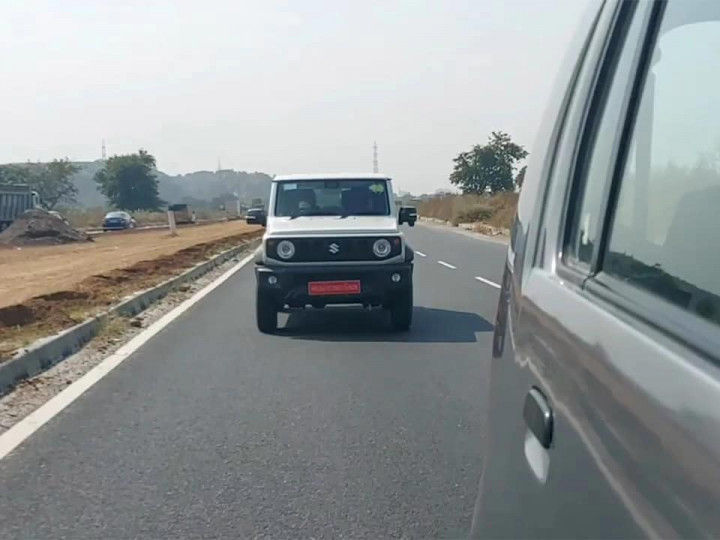 Maruti Suzuki’s plans to bring the fourth-generation Jimny to India seem a little more solid now, thanks to these spy shots. Though we know the second-generation Jimny as the iconic Gypsy, the new Jimny, if introduced, will serve as the rightful successor to the rugged SUV. This will be the first time it has been seen on Indian roads since it was last showcased at the Auto Expo 2020.

On a more practical note, we can expect the Jimny to get a 5-door extended wheelbase option in addition to the 3-door, which barely fits four adults and luggage. This won’t be the first time Maruti did something like this, as the Gypsy itself was an extended wheelbase version of the second-gen 3-door Jimny.

Like its expected rival, the second-gen Thar, has proven successfully with 15,000 bookings in just over 15 days, Indians enjoy a dual-personality off-roader which can also serve as a daily commuter. The Jimny could also offer more features compared to the barebones Gypsy, just like the second-gen Thar’s updated cabin, which gets a 7.0-inch touchscreen infotainment, auto AC, cruise control, and the works.

The Jimny could be powered by Maruti’s 1.5-litre petrol engine which produces 105PS and 138Nm in the Ertiga, Ciaz and S-Cross. It is currently offered in these cars with the option of a 5-speed manual and 4-speed automatic pairing. To emphasize its off-road capabilities, the international 4x4 Jimny gets a low-range transfer case which eases switching between 2WD-high, 4WD-low, and 4WD-high.

While there is still no official announcement, we expect the Jimny to be offered here by 2021 in the more practical 5-door variant. Maruti could also revive the Gypsy name, which was quite popular back in the day. The Jimny is expected to be priced around the Rs 10 lakh mark, making it a solid competitor against the newly launched second-gen Mahindra Thar and the upcoming Force Gurkha.