The CT100 is Bajaj Auto Limited's most affordable bike in India, and will be available in two versions - one with spoked wheels and a premium variant with alloy wheels. There is no option though, of an electric start, even in the alloy wheel version 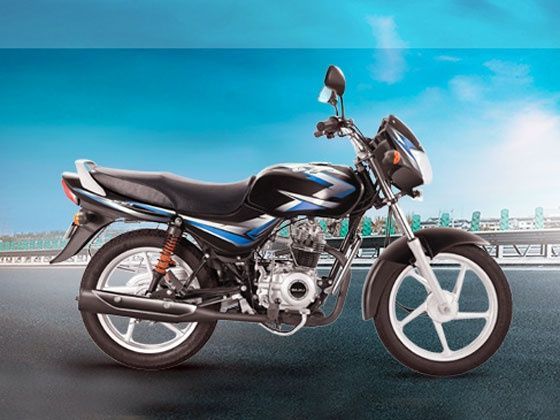 The CT100 was the replacement for Bajaj’s popular Boxer -  the successor to the Kawasaki-Bajaj 4S Champion, one of the most popular early four-strokes in Bajaj Auto’s product line-up in the 1990s. The CT100 too, was discontinued in 2006, although it saw considerable success and popularity as a reliable and fuel-efficient bike with many users expressing satisfaction with its reliability and low running costs.

The new re-launched CT100 is placed in the entry level commuter class motorcycles and will compete squarely against the likes of Hero HF Dawn and TVS Star Sport. Bajaj claims the CT100 has a definite edge over its competition, both in terms of fuel efficiency, as well as more ground clearance and a broader 3-inch rear tyre for better road grip and stability. And at that price, it certainly makes the CT100 the most affordable bike in the country right now.