The new Volvo V40 hatchback has been launched in India at Rs 24.75 lakh and will be the cheapest Volvo in the country. The Volvo V40 will go up against the likes of the Mercedes-Benz A-Class, the BMW 1 Series and the Mini Cooper 5 Door amongst others. 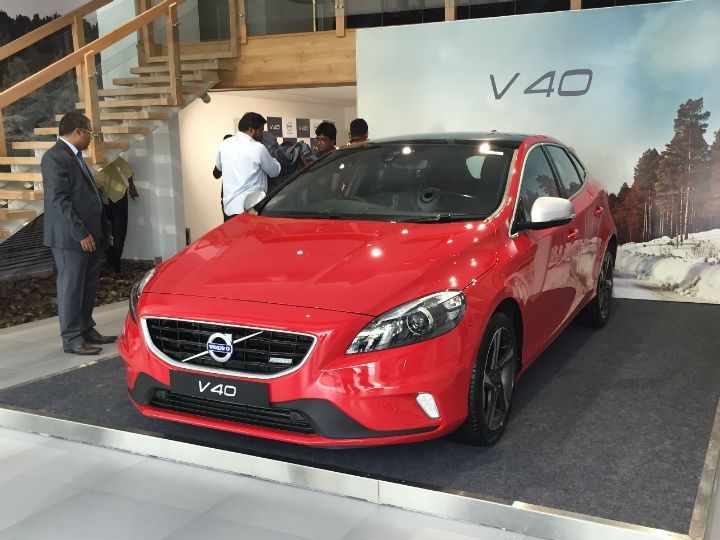 Volvo has launched the V40 hatchback in India at Rs 24.75 lakh, ex-showroom Delhi making it the cheapest Volvo available in the country today. The V40 is essentially the car that the V40 Cross Country which was launched two years ago is based on. The Volvo V40 is available in two variants - Kinetic and R-Design. The latter is priced at Rs 27.7 lakh.

The engine in the Volvo V40 hatchback is from the Volvo Drive-E family and is also available in the likes of the Volvo XC60 SUV and S60 sedan albeit in slightly higher stages of tune. The V40 in D3 trim develops 152PS of peak power at 3750rpm and 320Nm of peak torque between 1750-3000rpm. The engine sends power to the front wheels via a six-speed automatic transmission. The V40 has a ARAI rated fuel efficiency figure of 16.81kmpl.

Compared to the V40 Cross Country, the hatchback comes with a set of different front and rear bumpers without the sump guard and distinct horizontal Day-time Running Lights. Overall, the forthcoming Volvo V40 hatchback is sleeker and more elegant than its crossover cousin. The interior design though continues to be similar to the Volvo V40 Cross Country with its minimalistic and typically Volvo design.