Yamaha 155cc Engine Family Explained: What Makes Each One Of Them Different?

Three motorcycles and one scooter, all powered by the same 155cc engine. We decode them 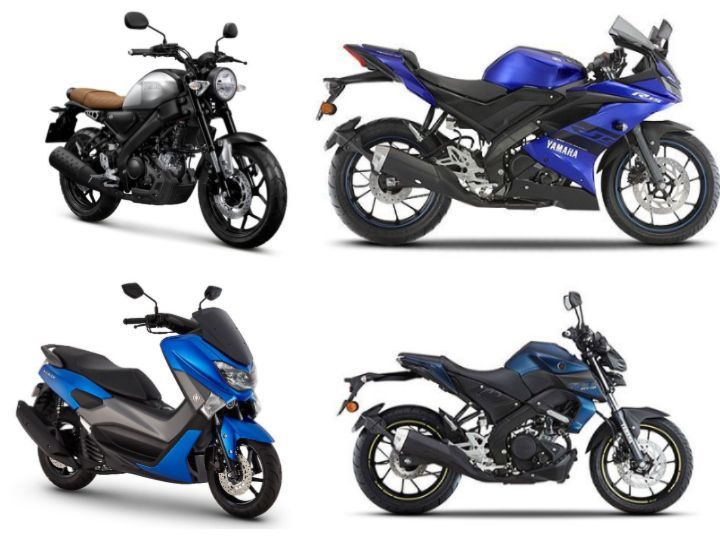 Bike makers usually stretch their engine platforms to offer a wide range of options to buyers. Take Hero for example. Its 200cc engine can be seen on a naked bike (Xtreme 200R), an entry-level ADV (Xpulse 200), a touring model (XPulse 200T) and a fully faired bike (Xtreme 200S). Expanding the model lineup using the same engine platform is not only cost-saving but gives buyers a wide choice as well. And Yamaha has done something similar to this with its 155cc range, which includes the XSR155, YZF-R15 V3.0, MT-15, and the NMax 155.

The XSR155 is the newest kid in the Yamaha 155cc model portfolio and has become a darling of the motorcycling world. A lot of credit for that goes to its neo-retro look. Now, if you thought that all these motorcycles share the same ethos, then you’d be wrong. To make things clear, we are here to help you understand Yamaha’s 155cc model lineup.

It has been more than a decade since Yamaha first introduced us to the YZF-R15 name. In 2008, what the Japanese bike maker did was employ a 155cc engine in fully faired clothes and gave the masses a taste of sport bikes at an affordable price tag. And this formula has been working well for the company, making the R15 one of the most popular bikes in its segment. What works in favour of the R15 V3.0 is that it is one of the few motorcycles available in the Indian market that a budding enthusiast can hone his skills on, without the fear of too much power.

Not everyone is comfortable with the idea of riding a motorcycle with a committed riding posture every day, right? For that, Yamaha has a street-naked version of the R15 V3.0 called the MT-15 in its portfolio. Mechanically, it is almost similar to the R15 V3.0 and gets the same set of features as the R15 V3.0. But being a city slicker, it gets an upright riding position and easy ergonomics which won’t hurt your back. Now, if you are wondering whether the MT-15 feels just like the R15 V3.0 sans the fairing or not, then head here for our real-world test.

The manufacturer has recently unveiled the XSR155 for the international market, which made most of us at ZigWheels HQ quite happy. The teardrop-shaped fuel tank, round LED headlamp, tan-coloured, flat ribbed seat make it one of the prettiest entry-level bikes out there. Even though it’s based on the MT-15, there are some changes to give it an all new character. First off, the handle bar is slightly raised and wider compared to the MT-15. At 1330mm, the wheelbase is narrower by 5mm. Additionally, the ground clearance has gone up to 170mm, 15mm more than the MT-15. What’s interesting is that all these changes make the XSR just a kilo heavier than the MT!

This one’s quite unique because Yamaha decided to plonk the 155cc motor in the NMax 155. And as per rumours, Yamaha could bring the maxi-scooter to India. So expect the NMax 155 to make its first appearance at the upcoming 2020 Auto Expo. While it employs the same engine as the other 155cc derivatives, the power output might be slightly different from the others. So, if you are not into motorcycles but still want a similar thrill as the other Yammies, then these might just be the right set of wheels for you.