The Yamaha VMAX has completed thirty years and to celebrate this occasion the Japanese two-wheeler giant has launched a special anniversary edition of the VMAX. Find more details on the Yamaha VMAX on ZigWheels.com 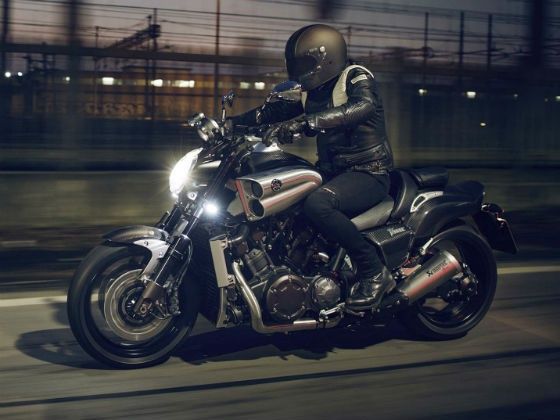 The Yamaha VMAX is among the most iconic motorcycles to be launched in the recent past. So one is really taken aback, when Yamaha announces a 30th anniversary special edition of the brawny power cruiser. This shows that the bike remains evergreen as ever despite the fact that it received only two designs overhauls since its launch in 1985. As the name suggests, the 2015 Yamaha VMAX Carbon is adorned with the exotic material wherever possible.

The tank cover, front and rear mudguard alongwith the side covers are all made from carbon fibre on the 2015 Yamaha VMAX Carbon. It also features an aftermarket slip-on muffler custom made for the motorcycle from Akrapovic. To further distinguish the anniversary edition from the standard VMAX it sports special 5-spoke alloy wheels that is fitted with massive 200-section rear tyre. Powering this brute is a 1,679cc V-4 motor churning our 200PS of peak power and 166.8Nm of peak torque. The 2015 Yamaha VMAX Carbon will go on sale in the American two-wheeler market by end of this month with a sticker price of Rs 11.66 lakh.