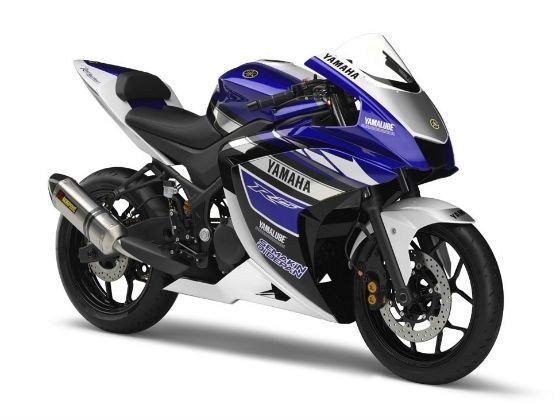 When Valentino Rossi walked past his Yamaha YZF M1 race bike, in slow-mo, to reveal the all-new Yamaha R25 concept to the world, millions of Yamaha fans went in a tizzy. This was around November last year, and since then not much has been heard about the much awaited 250cc Yamaha R25... Till last weekend, when some Yamaha aficionados caught a Yamaha R25 test mule and posted the pictures on an Indonesian blog.

In the pictures, though one cannot see the front of the bike but you can definitely recognise it’s a Yamaha by the ‘Tuning Fork’ logo above the LED taillight. However, the M1 inspired sporty silhouette and compact size is similar to the Yamaha R25 concept shown in the official teaser video. The production ready Yamaha R25 will be based on a tubular frame, complete with full-fairing, rear-set footpegs and clip-on handlebar. It will come with twin headlights similar to the Yamaha R15, but will feature integrated indicators. The rear design of the Yamaha R25 is more muscular and seems to sport a wide-section rear tyre.

Yamaha’s new quarter-litre warrior will sport a 250cc liquid-cooled, parallel twin motor that would produce about 34PS of maximum power. Though for cost sensitive markets like India, the company might introduce the Yamaha R25 with a single cylinder 250cc engine, to keep the cost in check. Going by the test mule, we presume the new Yamaha R25 could be launched internationally by the second half of this year.