Same heart but different personalities - here’s what sets them apart 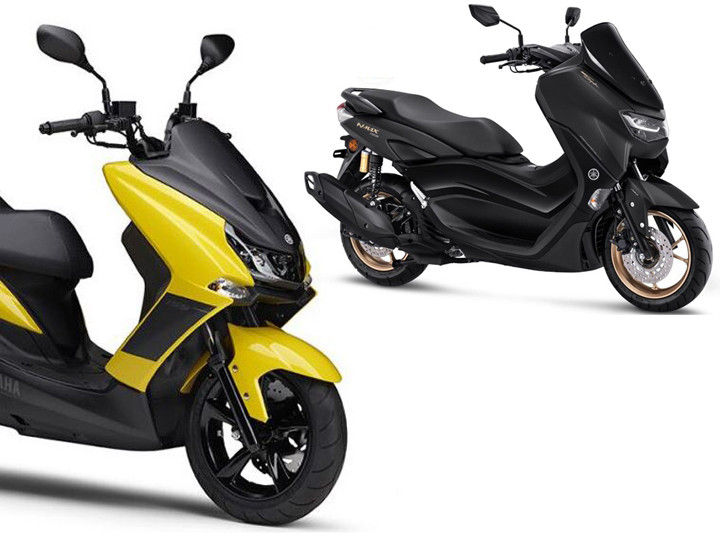 Both the Yamaha Majesty 155 and NMax 155 have been updated for 2020. These scooters are practical, high on features and pack the same R15 V3-derived engine. However, there are certain aspects that differentiate the two. Here’s what you need to know.

Both the Yamaha Majesty and NMax are powered by an R15 V3-derived liquid-cooled 155cc engine, albeit in different states of tune. The Majesty belts out 15PS and 14Nm while the NMax makes a bit more power (0.36PS more) but is down on torque (0.1â€¬Nm). What the NMax has going for it is VVA (Variable Valve Actuation), which offers an even spread of power through the rev range, and traction control.

The two scooters may differ in terms of power outputs and tech, but they use the same hardware. The front of both bikes, for instance, get telescopic forks while the rear features twin shock absorbers. Anchoring the maxi-scooters are disc brakes at both ends paired with dual-channel ABS.

Though both scooters cater to the maxi-scooter segment, they have their own unique identities. Take the Majesty, for example: it looks sportier and more youthful than the NMax. The entire design language from the headlight to the split pillion grab rail looks aggressive. Adding the scooter's dynamic look is a short windscreen finished in black, a stepped-up seat, blacked-out mechanicals and an LED tail light.

The NMax, on the other hand, is designed to appeal to a mature set of audience. It’s sharp and angular and gets a taller windscreen than the Majesty. The floorboard gets a tunnel design which adds to the scooter's overall design.  On the whole, the NMax looks a lot taller than the Majesty. The latest update on the NMax brings with it a fuel LED lighting setup and a revised digital instrument console.

In terms of features, the Yamaha Majesty comes with a twin projector headlight setup running LED DRLs, an LED tail light and conventional turn indicators. It also gets a semi-digital instrument cluster where the tachometer is flanked by a digital pod on the right (which reads out information like a speedometer, tripmeter and clock) and the fuel gauge and tell-tale lights on the right. Other notable features include an apron-mounted fuel-filler cap for convenience and a 12V DC socket, extra storage in the front apron along with large under-seat storage.

The NMax steps it up a notch and gets a stop-start system, keyless ignition, a USB charging port, and a full-digital instrument console with Yamaha Motorcycle Connect. It's a Bluetooth module which allows you to connect your smartphone with the scooter, relaying back ride statistics, receiving calls as well as message notifications, last parked location, fuel consumption and recommended maintenance. Aside from this, it gets a massive underseat storage and extra storage in the front apron.

Coming to the crux of the matter, the price. The 2020 Yamaha Majesty S is available in Japan for 379,500 Yen, roughly around Rs 2.61 lakh. Yamaha offers the scooter in three shades: yellow, grey and black. In comparison, the NMax 155 is available in the Indonesian market for IDR 33,750,000, which is around Rs 1.55 lakh. That's a whole lot of scooter for a lot less money.