From design, feature updates, powertrain to price, here’s everything you need to know about Yamaha’s new 125cc scooter 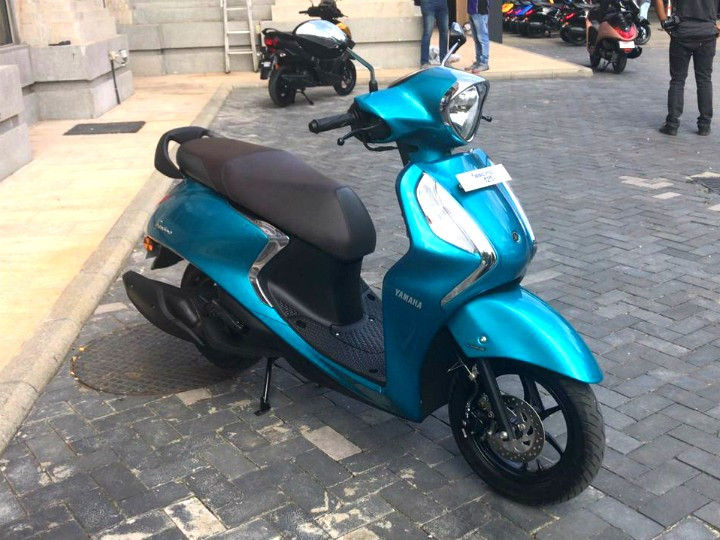 Yamaha has stepped into the ever-competitive 125cc space with the BS6-compliant Fascino. It’s more powerful, comfortable and lighter than before. Naturally, there's a lot that’s gone into the scooter to make it competitive, and here are five important points to help you understand these changes.

For starters, the headlight has been redesigned and now features a concave lens. The front apron comprises of turn indicators highlighted by ‘chrome ornaments’ which are also seen on the tweaked side panels. That aside, the seat gets a dual-tone texture (only DLX variant) and the tail light has been restyled to resemble a 'V'. Closer inspection reveals a redesigned grab handle as well.

The only way to distinguish the standard and deluxe variants is with the highlights. The Std model, for example, gets chrome highlights while the deluxe version comes with black elements. Unfortunately, instead of a digital instrument console, the Fascino 125-Fi comes furnished with the same analogue unit seen on the previous-gen model.

Also Read: Here’s All You Need To Know About The New BS6 Yamaha Ray ZR 125 Fi

For better ergonomics, the seat is now longer and flatter than before. The handlebar has been pulled closer to the rider by 18mm and sits 20mm higher. Yamaha says that even the floorboard is roomier than the BS4 model.

More powerful than before:

Following through on its promise, Yamaha has decided to scrap the 110cc engine and go with a bigger, more powerful 125cc fuel-injected unit instead. As a result, the BS6-compliant powertrain on the Fascino makes 8.2PS and 9.7Nm of torque. It's also claimed to be 30 per cent more powerful than its predecessor (1PS and 1.6Nm more) while being 16 per cent more fuel-efficient. That’s a claimed fuel efficiency of 58kmpl.

Additional features on offer include Yamaha’s version of the engine start-stop function, a silent starter, and a side stand engine cut-off switch.

Thanks to a new chassis, the Fascino 125-Fi weighs in at just 99kg. That’s 4kg lighter than before. This also makes it the lightest scooter in its segment.

What about the price hike?