Poll-Renault Kiger vs Nissan Magnite: Which One Did You Pick?

Apart from a different set of clothes, both models share the same DNA as they use the same engine and chassis 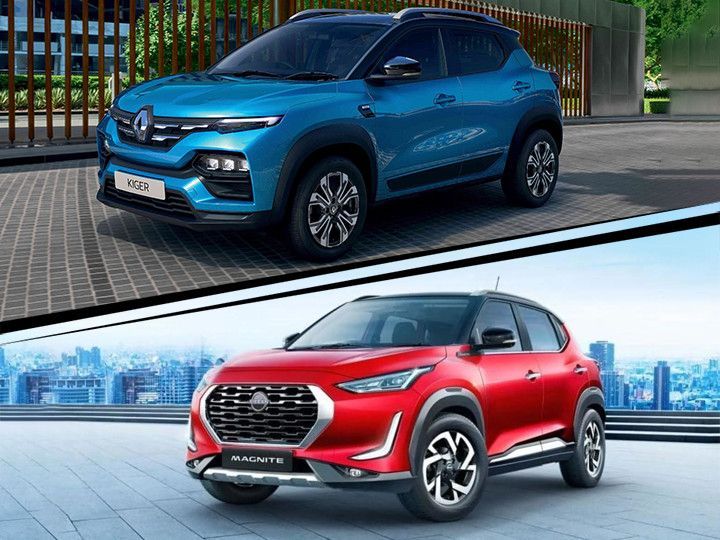 The recently launched Renault Kiger and Nissan Magnite share a lot in common. Despite their vastly different styling, both SUVs are underpinned by the same chassis, powertrain and similar features. Heck, both models are separated just by a Rs 4,000 premium! With so much in common, would you pick up the Nissan Magnite or the Renault Kiger? We conducted a poll on our Instagram page to find that out.

Over 1000 respondents participated in the poll. It was a close fight, with the majority (58 percent) of the respondents voting for the Magnite over the Kiger (42 percent). This could be due to a few reasons, with the Nissan SUV having a few additional key features. Take a look at the exclusive features of both models:

That said, the Kiger fights it back by offering side airbags and a 5-speed AMT for the naturally aspirated petrol engine. Features such as an 8-inch touchscreen infotainment system with wireless Apple CarPlay and Android Auto, a 7-inch digital instrument display, steering mounted audio controls, climate control, and keyless entry with push button start are common between both models.

The India-spec Magnite also achieved four stars in the ASEAN NCAP crash test, but we expect the Kiger to fare similarly as it utilises the same platform.

Both models utilise the same 1.0-litre naturally aspirated and turbocharged petrol engines. But the Kiger’s NA unit is offered with an AMT, whereas one can have it with only a 5-speed manual gearbox in the Magnite. Here are the specifications:

*Only offered in Renault Kiger

As we mentioned above, both models are separated by Rs 4,000. The purchase will mainly depend on the styling and feature prioritisation. If you want an SUV that looks sharp and mature, we suggest you pick the Magnite, but if you prefer something bold and sporty, we would suggest the Kiger.

Deliveries of the recently launched Kiger are set to begin on March 03. If you had your eyes set on either of these SUVs, be prepared for a long wait as both models command a lengthy waiting period. Here’s the latest waiting period info across all major cities: