Weekly Two-wheeler News Wrap Up: Hayabusa Returns, Ninja 300 Gears Up for A Comeback, A New Honda Incoming, And More 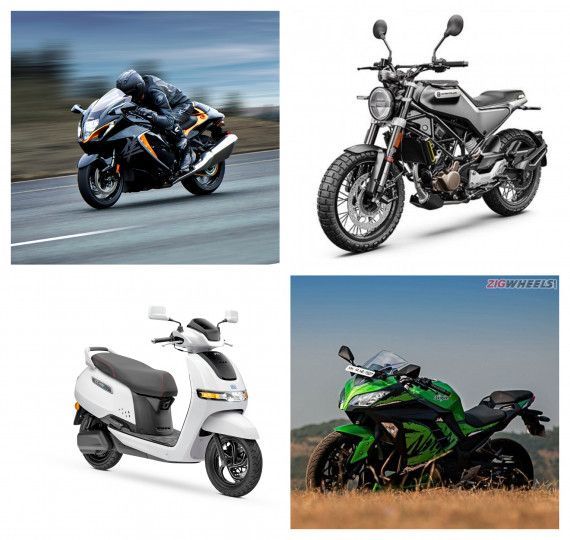 Your weekly dose of the latest and most important happenings from the world of two-wheelers:

Months of speculations and rumours came to a halt yesterday after Suzuki finally pulled the wraps off the 2021 Hayabusa. The highlight of the new model has to be its comprehensive IMU-based electronic package. The leaked video already showed us what the Busa looked like. However, there were a few rumours about the engine; speculation ran rife that there would be more displacement or forced induction. But Suzuki chose to stick with the 1340cc motor, although the Euro5-compliance has taken its toll on performance. Is it coming to India soon? Find out in this story.

After launching the iQube Electric in Bengaluru last year, TVS launched the electric scooter in Delhi at Rs 1.08 lakh (on-road).That’s Rs 7,000 more economical than the Bengaluru offering. The Hosur-based company also launched the Jupiter ZX Disc variant with IntelliGO tech -- TVS speak for the automated engine shut off during prolonged idling. Hero MotoCorp and Honda scooters may already have similar tech on their 125cc offering,  but TVS’ Jupiter is the first to sport this feature in the 110cc-scooter segment. Interestingly, the price at Rs 72,347 has remained unchanged.

Strict emission norms forced Kawasaki to pull the plug on the BS4 Ninja 300. But now, our sources report that the Ninja 300 is all set to return in the BS6 guise. Bookings are already underway for the baby Ninja for a token ranging from Rs 10,000 to Rs 50,000. It is likely to get a fresh set of colours, LED headlights, and minor design changes. As for the price, well, it’s a bit of a shocker! Read this exclusive story for the details.

Honda recently teased a new motorcycle likely to be based on the H’Ness CB350. Sure, the official unveiling may be on February 16, but we still managed to decode a couple of crucial elements from the image. Here’s what we think the bike could be.

In other related news, the  Japanese brand recently launched the CB190SS in China, which bears an uncanny resemblance to the newly teased motorcycle (at least of what the teaser image showsn). Find out more about the upcoming motorcycle here.

While we still await the Husqvarna 401s, the European market will soon get its hands on the Svartpilen 125. The baby Husky is based on the 125 Duke, and shares most of its components, including the 124cc engine producing 14PS and 12Nm. However, unlike the 250cc sibling, the Svartpilen 125 gets spoked rims that add to the retro appeal. Is it coming to India? If it does, will we get alloy wheels? Find out all the details here.