The Volvo XC40, which is set to be launched in India in mid-2018, gets a new heart along with a range-topping Inscription variant! 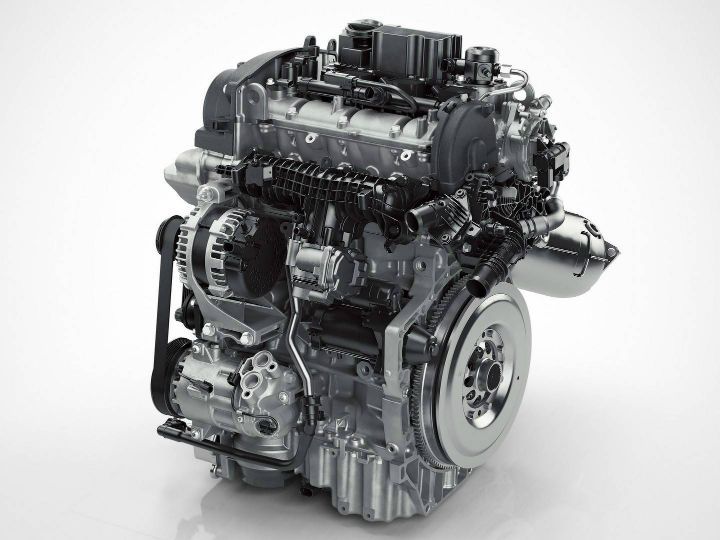 Downsizing seems to be the name of the game in the luxury car segment these days. The latest victim seems to be Volvo’s rather brilliant and India-bound entry-level compact SUV, the XC40. Gone are the days when cars from Volvo sported 5-cylinder engines. The Swedish carmaker, which is now owned by Geely Holding Group, a Chinese multinational automotive manufacturing company, has just introduced a three pot in their lineup. And the XC40 has been chosen to debut the brand new engine.

Although Volvo hasn’t revealed any information such as power and performance numbers regarding the company’s first 3-cylinder petrol engine in its 91-year history, it has said that the new engine is based on the modular 4-cylinder Drive-E engines. It also added that this engine will be utilised in a future plug-in hybrid powertrain for the XC40 and feature Volvo’s ‘Twin Engine’ badging. This engine will be mated to either a 6-speed manual gearbox or an optional 8-speed automatic. It features direct injection, but whether or not it will be naturally aspirated or turbocharged still remains a mystery. Our bet is it will be the latter, like Ford’s 1.0-litre EcoBoost engine that used to power the pre-facelift EcoSport. Apart from this, Volvo has also plonked the D3 diesel engine, which puts out 150PS of power and 320Nm of torque and powers the V40 Cross Country cross-hatch, and a detuned version of the T4 engine that churns out 190PS in the XC40. Volvo also added that there would be a fully-electric version of the XC40, which will be manufactured in China, very soon. We expect it to be launched in global markets by the end of 2019.

Take a look at the some of the best electric cars showcased at the Auto Expo 2018 here.

Currently, the XC40 gets a 2.0-litre petrol and diesel engine options. The T5 petrol develops 250PS of power and 350Nm of peak torque while the T4 diesel puts out 190PS and 400Nm. Both engines are mated to an 8-speed automatic gearbox. We expect Volvo to launch the XC40 in India with these engines while the new three pot could follow later.

Besides this, Volvo has also added a new variant - Inscription - which will sit on top of the XC40 table. When compared to the R-Design variant we tested in January this year, the XC40 Inscription is a more subtle version of the youthful SUV. Read our first drive review here. The twin-tone contrast colour finish has been thrown in the bin. Instead, the roof of the Inscription variant matches the colour of the body and lends the SUV a more premium feel.

Other features include larger 20-inch wheels and a mesh finish for the grille. It also gets a crystal gear knob and ‘Driftwood’ applique on the dashboard.  Volvo has included new skid plates and a range of new colours too!

The Volvo XC40 competes against the likes of the Mercedes-Benz GLA, the BMW X1 and the Audi Q3.