The China-spec Volvo S90L is expected to have a wheelbase 100mm longer than the standard car and it will replace the S80L after its launch. 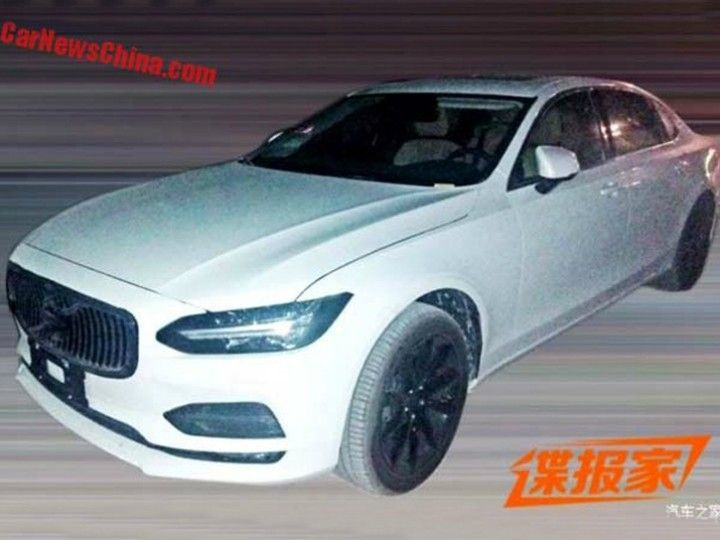 Volvo is currently testing the long wheelbase version of their S90 sedan. The disguised test mule wearing an S90L badge was spotted testing in China. The S90L's appearance is identical to the standard sedan, however, it gets a longer rear door for extra length. According to some reports this version of the S90 will receive an even longer wheelbase, despite its being already considerably long at  2,941mm right now. We reckon Volvo could stretch the wheelbase by 100mm for more rear legroom.

Mechanically, the engine is expected to be the same unit as the one on the standard S90, which in the Chinese market is a four-cylinder petrol affair. Chinese car buyers are known for their preference for extended wheelbase models, and according to the local demand many carmakers offer special China-spec 'L' versions of standard models, which also come with some of the SUVs.

What may help the S90 gain an edge over the S80 is the raft of new semi-autonomous technologies under the hood, enabling the S90 to manoeuvre itself under certain conditions while the driver enjoys the modern and luxurious interiors. This includes the 3D finished wooden dashboard and a wooden frame housing a large LED screen.