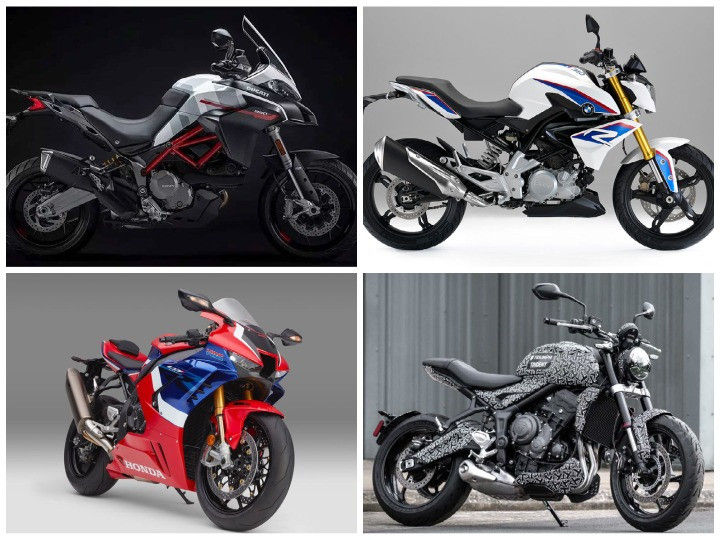 The two-wheeler sector is picking up pace as the government eases up its lockdown restrictions. The month of September had a lot to offer including a few special surprises like the Honda H'Ness CB350. You can read about it here. And now, we shift our focus to the festive season and the month of October with a list of upcoming two-wheelers that includes everything from the BS6 G 310 twins to the manic Honda CBR1000RR-R Fireblade and, of course, EV’s.

After launching its premium products for the Indian market, BMW is now moving its attention to the smaller G 310 twins. The duo will be launched in India on 8 October. As part of the BS6 update, both the bikes are likely to be offered with full LED headlights and minor cosmetic updates, most probably limited to new colour options.

The motor, of course, will comply with BS6 emission norms and should run smoother, just like the BS6 Apache RR 310 we sampled earlier. The cherry on the cake is, sources suggest that both the BMW G 310 R and GS will receive a massive price cut of around Rs 30,000 to make them more competitive.

Suzuki's stall at this year's Auto Expo had nothing exciting to showcase, which was a bit disappointing. But recent revelations suggest the brand was holding onto something for later. We recently received a ‘Block your date’ invite dated October 7 with the tagline ‘Introducing A Superior Way To Ride.’

The fact that Suzuki recently patented the name "Suzuki Ride Connect" will give you a clear idea of what's in store: digital consoles with smartphone connectivity. The entire lineup except for the Access 125 is likely to receive this update.

Suzuki also has its BS6 V-Strom 650 lined up for launch. The ADV was first showcased at the Auto Expo back in February 2020. Updates are likely to be limited to just a BS6-compliant motor. Suzuki hasn’t revealed the updated specs of the motorcycle, however, for reference, the older BS4 model made 71PS and 62.3Nm. Head here for complete specs.Expect Suzuki to price the BS6 Suzuki V-Strom around Rs 8 lakh.

Honda’s plans to enter 2020 all guns blazing seems to be creating waves in the two-wheeler industry. It recently unveiled the Hornet 2.0 and followed it up with the mega launch of the Honda H’ness CB 350. But that’s not the end of the story. It has another smashing product ready to be unleashed in October: the litre-class CBR1000RR-R Fireblade. It’s been completely revamped for 2020 with over 200PS of power, a tone of rider aids and some killer looks. Click here for performance deets and its price tag.

Up next is Ducati’s  Multistrada 950 range, which may also be launched in India this month. Ducati will be bringing in a new 'S' variant along with the standard model. Both bikes will be powered by a 937cc L-Twin which makes 113PS and 96Nm in its Euro 5/BS6 guise, the same as before. The higher-spec ‘S’ variant features better hardware like an electronic suspension, bi-directional quickshifter and cornering lights. We believe it'll carry a price tag of around Rs 14 lakh.

Admittedly, the list feels incomplete without an EV. Luckily, we have the upcoming Oki100 to fill the space. The bike, which has been developed inhouse, will be Okinawa’s first offering in the electric motorcycle segment. Expect the Oki100 to be priced around Rs 1 lakh, which will put it squarely against the Revolt RV400. More details here.

There’s much more to look forward to on the international side, with the launch of the Triumph Trident and Ducati Multistrada V4. The Trident will be the most affordable triple in Triumph’s lineup while the Multi V4 could be the most powerful ADV to ever go on sale, IF Ducati sticks to the Streetfighter’s power figures. Launch details here.