2020 could see Maruti Suzuki dominate proceedings in this segment 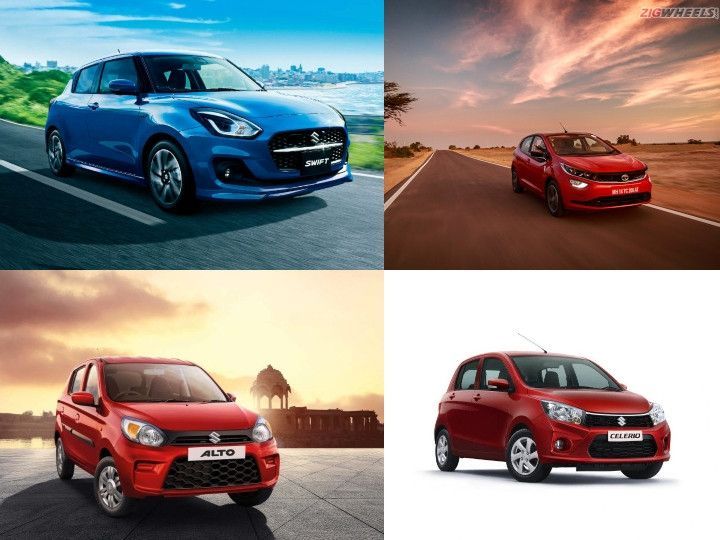 2020 may have seen SUVs steal the show in the Indian auto industry, but 2021 could have hatchbacks making a strong presence in the market with facelifts and next-gen models. Here’s what to expect:

Good news for the enthusiast crowd as Tata is set to plonk in a turbocharged petrol engine in the premium hatchback. The engine in question will be a 110PS/140Nm 1.2-litre turbo-petrol engine. What’s more, is that it could be the first Tata paired to a 7-speed dual-clutch automatic transmission option alongside the 5-speed manual gearbox. The turbocharged hatch will launch in India on January 13 with prices likely to start from Rs 8 lakh onwards (ex-showroom). It could prove to be a worthy rival to the Hyundai i20 Turbo and Volkswagen Polo TSI.

One of Maruti’s most popular hatchbacks looks set to get a mid-life facelift in the country. Already on sale in Japan since May 2020, the changes include subtle exterior tweaks, new seat fabrics and additional kit. The India-spec model could be powered by the Dzire’s 1.2-litre Dualjet petrol engine that makes 7PS more than the current K12B petrol engine.  Expect a launch around February 2021 with prices likely to be a minor premium over the current range of Rs 5.19 lakh to Rs 8.02 lakh (ex-showroom). Rivals will include the Hyundai Grand i10 Nios and Ford Figo.

Making its debut at Auto Expo 2020 in near-production form, the all-electric iteration of the Altroz is similar to its internal combustion engined counterpart aside from a tweaked front end and a different set of alloy wheels. The main difference of course is that it’ll be powered by Tata’s Ziptron powertrain that delivers a driving range of around 300km on a single charge. Expect it to go on sale around Diwali 2021 with prices likely to start from Rs 12 lakh (ex-showroom).

The Celerio is finally set to get its next iteration after six years. Spy shots reveal a boxier and longer exterior, and an all-black dashboard layout. Also expect a variety of feature additions. An 83PS 1.2-litre petrol engine could join the current 67PS 1.0-litre petrol engine in the Celerio’s engine lineup. It is likely to go on sale around April 2021 with prices expected to be a premium over the predecessor that retails from Rs 4.41 lakh to Rs 5.68 lakh (ex-showroom). Also expect a Celerio X iteration in the future. Rivals will include the Tata Tiago, Hyundai Santro and Datsun Go.

Another popular Maruti Suzuki model, the Alto will get a long overdue generational update. While details are scarce, spy shots reveal it’ll get a growth spurt and may be built on Maruti Suzuki’s latest Heartect platform. Expect some new equipment on top of what it already gets. It’ll most likely retain its predecessor’s 48PS/69Nm 0.8-litre petrol engine. There’s also the likelihood of an AMT gearbox option alongside the 5-speed manual transmission option. The new Alto is likely to go on sale around Diwali 2021 with a slight price hike over the current model that starts from Rs 2.94 lakh (ex-showroom).