Have a decent budget but can’t choose which bike to add to your garage? Well, here’s a list of upcoming bikes in India that are likely to be priced under Rs 5 lakh 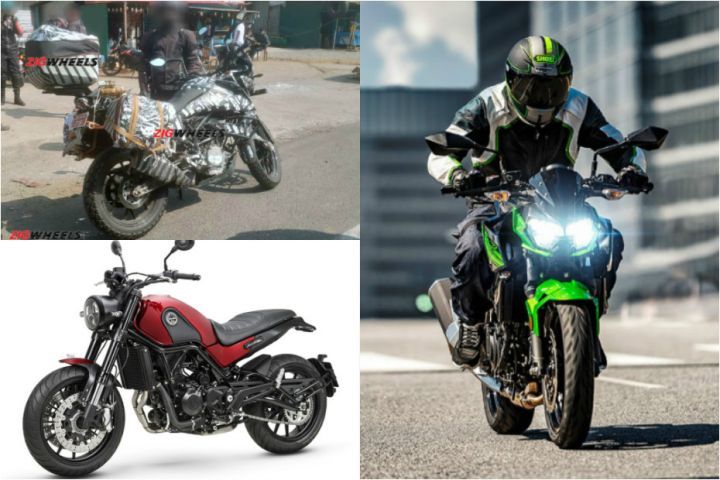 If you are planning to buy a fresh set of wheels but have a tight budget, then this might help you. But, if you are willing to stretch your budget then here’s a list of bikes which will be making a splash in India and are likely to be priced between Rs 2-5 lakh (ex-showroom).

Like you, even we are waiting to get our hands on the KTM 390 Adventure. In fact, we again were the first to spot the upcoming adventure motorcycle with accessories out on Indian roads. Being an off-road focused bike, the 390 Adventure will be longer and wider than the 390 Duke. As per the spy shots, the motorcycle seems to be featuring alloy wheels (19-inch front and 17-inch rear). It will feature LED lights, a TFT display, Bluetooth connectivity and dual-channel ABS, and among other features. Powering the 390 Adventure will be a 373cc, liquid-cooled, single-cylinder motor that is rated for 43.5PS and 37Nm of torque. However, we expect KTM to tune this engine for a better low-end grunt to suit its off-road character.

Kawasaki’s Z range in India currently consists of four motorcycles, the Z650, Z900, Z900RS and the Z1000. The Japanese bike maker is now all set to add another bike to its ‘Z-family’, the Z400. The upcoming naked motorcycle will look like a watered down version of its bigger cousin, the Z650. Powering the Z400 will be the same 399cc, parallel-twin motor as seen on the Ninja 400. In terms of power output, it is expected to produce the same 49PS of power and 38Nm of torque at 8000rpm. There’s no confirmation from the company yet, but we expect the Z400 to launch by the end of this year.

Benelli had launched two brand new models in the first half of 2019 (the TRK 502 twins), and the company is planning to launch two more bikes in the second half. The first bike to be launched will be the Leoncino 502. The upcoming bike will be powered by the same 500cc parallel twin engine as seen on the adventure tourer. In the TRK 502, this motor makes 47.5PS of power and 46Nm of torque. The company might tune the engine for the Leoncino 502. Once launched, the Leoncino 502 will go up against the Harley-Davidson Street 750 and the Royal Enfield Interceptor 650.

*All the above-mentioned prices are ex-showroom (expected).