Take A Look At The Fighter Jet-inspired Ultraviolette F77 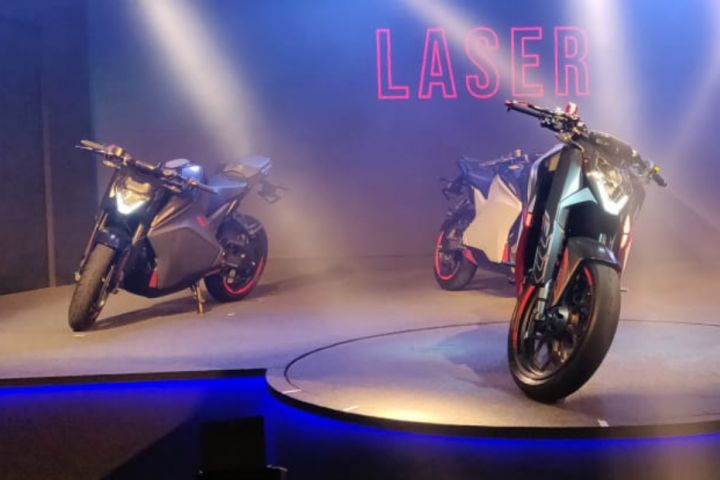 Ladies and gentlemen, we have received India’s first all-electric performance bike, the Ultraviolette F77. Bookings have already commenced and deliveries will begin by October 2020 with Bengaluru being the first city to get it, followed by the rest of the country. Ultraviolette says the F77 is inspired by fighter jets, and it looks pretty darn good to us. Allow us to show you what we mean...

Being a modern motorcycle, it gets LED lights all around. But we think the triple-LED bar setup at the front looks good on the F77.

Of course it gets an all-digital instrument cluster. But, will you get the same layout like this one? Well, this is a demo unit, so the production version might have a different interface.

And that’s what you will see astride the new F77. However, we are not sure for now how well the fit and finish on the F77 is.

Ultraviolette will also offer a track-spec for the F77, which includes Pirelli SuperCorsas, a rear tyre cover, radially mounted master cylinder, a Brembo brake lever and Rizoma brake reservoir. The company hasn’t revealed the price of the track-spec yet, but looking at the list, we are pretty sure it will be very, very expensive.

Anchorage is provided by disc brakes at both ends with dual-channel ABS offered as standard. Interestingly, you can turn off the ABS as well!

Suspension duties are provided by an adjustable USD fork at the front and a monoshock at the rear.

The sport naked motorcycle is powered by 25kW BLDC motor, which churns out 34PS and 90Nm of torque. Yes, 90! Ultraviolette claims the F77 can cover the 0-60kmph run in just 2.9 seconds!

Under the fairing lies the compact 4.2kWh battery, which is removable and can be charged in three ways: you can either plug it in your wall socket or use a portable charger or a fast charger.

The DC fast charger helps the batteries juice up in an hour and a half for a full charge or 50 minutes to charge up to 80 per cent.

Prices have not been announced yet, but it is expected to be between Rs 3.0 lakh and Rs 3.25 lakh (on-road). The F77 will be on sale in Bengaluru first, followed by the rest of the country. Online registrations to purchase the motorcycle open today, with deliveries slated to commence in October 2020.

All Your Questions On The Ultraviolette F77...

Here’s All You Need To Know About The...