Here Are The Two-wheelers That Were Launched This Past Month 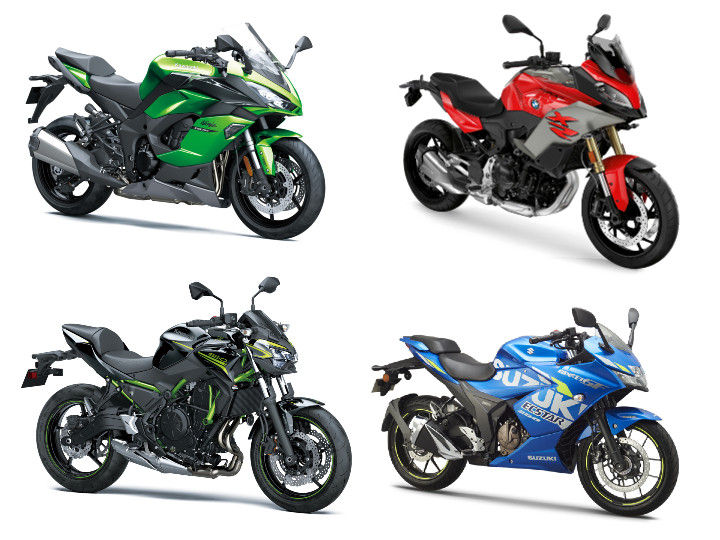 With the lockdown restrictions being relaxed, things seem to be getting back to being somewhat normal. In fact, several manufacturers have come out and launched their two-wheelers. Kawasaki took the chance to launch not one or two but five bikes. Here’s a list of all the two-wheelers launched this month (all prices, ex-showroom India):

Kawasaki Ninja 650: Rs 6.24 lakh
The Kawasaki Ninja 650 has been one of the oldest big-capacity Kawasaki motorcycles that the Japanese brand has sold in India. The latest version of the Ninja 650 gets Ninja ZX-6R inspired styling, LED headlight, a 4.3-inch TFT-colour dash, smartphone connectivity, and grippier Dunlop rubber. All of these updates come at a price premium of just Rs 35,000 over its BS4 variant.

Kawasaki Ninja 1000SX: Rs 10.79 lakh
The Kawasaki Ninja 1000SX happens to be the latest bike launched this month. The sports tourer now comes at a premium of Rs 50,000. Updates to the bike come in the form of a BS6-compliant 1,043cc inline-four engine, LED lighting systems, and the same colour-TFT dash that you find on the aforementioned two motorcycles.

Kawasaki Versys 1000: Rs 10.99 lakh
The Versys 1000 was reintroduced in the Indian market last year with a delectable price tag and while it has received the necessary emission updates, the price has gone up by a mere Rs 10,000. It gets the same engine as the Ninja 1000 but there aren’t other new features to speak of.

Kawasaki W800 Street: Rs 6.99 lakh
We knew BS6 motorcycles were going to be pricier than their BS4 counterparts but that isn’t the case with the Kawasaki W800 Street, which now costs Rs 1 lakh less. Yes, you read that right. The motorcycle is Kawasaki’s take on a British twin and at this new price, it will surely give the Triumph Street Twin a good run for its money.

BMW F 900 R and F 900 XR: Rs 9.90 lakh and Rs 10.50 lakh (Rs 11.50 for XR Pro)
The Japanese weren’t the only ones to launch their green meanies in India, we also received two Bavarian middleweight beauts in the form of the BMW F 900 R and F 900 XR. Derived from the 865cc parallel-twin motor that used to power the F 750/850 GS, the new 895cc engine meets BS6 norms, making the bikes the first ones from BMW Motorrad to do so. While the naked only comes in a single variant, it’s rather touring-oriented twin gets a Pro variant, which, for a lakh rupees more, is equipped with an electronically-adjustable monoshock and a few extra bells and whistles to sweeten the deal.

BS6 Suzuki Gixxer 250 and Gixxer SF 250: Rs 1.63 lakh and Rs 1.74 lakh*
Had things gone according to plan, Suzuki would have launched its quarter-litre Gixxers by the end of March itself. But, the pandemic broke out and the plans had to be deferred by a couple of months. The Gixxer 250 and the Gixxer SF 250 were launched silently and unlike their 150cc siblings, these bikes aren’t all that costlier than their BS4 versions.

BS6 Vespa Notte 125: Rs 91,864**
We thought Vespa had axed the Notte 125 from its BS6 portfolio. Why? Because the scooter didn’t appear in the price list that we had earlier received exclusively through our dealer sources. Now though, the Italian brand has dropped the BS6 version of the all-black Vespa but it isn’t the most affordable scooter in its lineup, carrying the same price tag as the Urban Club 125. Head here to know more details about the Notte 125.

BattRE GPSie: Rs 64,990*
BattRE is an up and coming electric two-wheeler manufacturer that is still finding its feet in the Indian market. The company has launched a new electric scooter called GPSie. Agreed, the names are a bit quirky but the scooter gets the usual smattering of connected tech like geo-fencing, geo-tracking, and remote immobilisation. In fact, the scooter uses the same connected tech that we tried out on our long-term Royal Enfield Interceptor 650. Want to know how that worked? Head here to check out our experience with the tracking module.