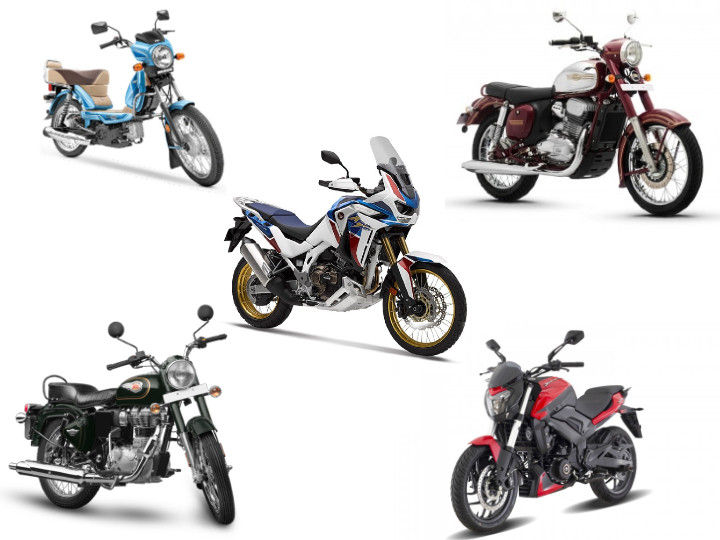 As per the original plans, March was going to be the last month for manufacturers to sell BS4 products in the country. Sadly, the COVID-19 pandemic broke out, forcing the government to take drastic measures, including a 21-day nationwide lockdown. As a result, motorcycle manufacturers have had to delay their launch timelines. And with the Supreme Court extending the sale of BS4 vehicles into April (or even May if the lockdown is extended), we are not likely to see a lot of action in the coming month. Here are the two-wheelers that were launched in March:

New Launches:
Bajaj Dominar 250
Bajaj has been known to adopt KTM technology into its motorcycles as was evident with the Pulsar NS200 and the Dominar 400. In a similar vein, Bajaj launched the smaller Dominar 250 this month, and as you might have already made the connection, its motor is derived from the KTM 250 Duke’s mill. The motor’s mannerisms have been altered to suit the power cruiser character of the Dominar series. But there is more to the Dominar 250 than just a smaller engine. Head here to know all the details.

Honda CRF1100L Africa Twin Adventure Sports
The first of the new big bikes for 2020, Honda India decided to bring the updated CRF1100L Africa Twin in the larger Adventure Sports avatar and also finally with a manual gearbox option. The engine displacement has gone up by 86 cee cees, now displacing 1084cc. Power and torque have received a small increment as well. However, the biggest highlight is that the bike weighs lighter than its previous edition. Sadly, we never got the earlier Adventure Sports trim in India and with the extra litres of fuel on board, the new CRF1100 Adventure Sports is definitely going to be heavier than the old bike’s standard trim.

BS6 Updates:
Jawa And Jawa Forty Two
Coming to the BS6 updates, Jawa (the brand) completed the BS6 transition of all of its models with the launch of the Jawa (the motorcycle) and the Forty Two. Prices have been bumped up by Rs 5,000 to Rs 9,900, depending on the model, trim and colour. Even though there are no new features on the retro roadsters, Jawa has managed to keep the 293cc engine’s performance the same as before.

Suzuki Gixxer And Gixxer SF
Suzuki had given its 150cc Gixxers a dramatic makeover in 2019 leaving just the motor to be updated to meet BS6 norms in 2020. Suzuki did show the BS6 Gixxer and Gixxer SF at Auto Expo 2020 but waited until early-March to launch the two bikes. The price increment though, for the BS6 bikes, is relatively steep as you end up paying around Rs 12,000 more than their BS4 counterparts.

Suzuki Intruder
Next in line to receive the BS6 updates from the Suzuki India stables was the Intruder. The oddball looking cruiser shares its motor with the small-capacity Gixxers and also receives a similar price hike of Rs 12,000.

TVS XL100
Just Rs 3,500 more. That’s how much more you have to pay for the TVS XL100 BS6 over the BS4 model. You now get fuel injection on the mighty little moped as the small 99.7cc motor continues to produce 4.4PS and 6.5Nm. TVS claims that the addition of fuel injection has improved fuel efficiency by 15 per cent.

TVS Apache RTR 180
The last of the Apaches to receive the BS6 updates, the TVS Apache RTR 180 BS6 was launched with a price increment of Rs 6,700. While not much has changed on the aged RTR 180, you do get the Glide Through Traffic (GTT) tech on the bike, thanks to fuel-injection.

Royal Enfield Bullet 350
Even though Royal Enfield announced that it was only going to be selling BS6 products from March 21, its website just updated the prices of the Bullet 350 BS6 model. Prices have gone up by Rs 6,829. The Bullet 350 continues to share its engine with the Classic 350 BS6.