From new launches, trademarks to upcoming motorcycles here’s everything that transpired this week 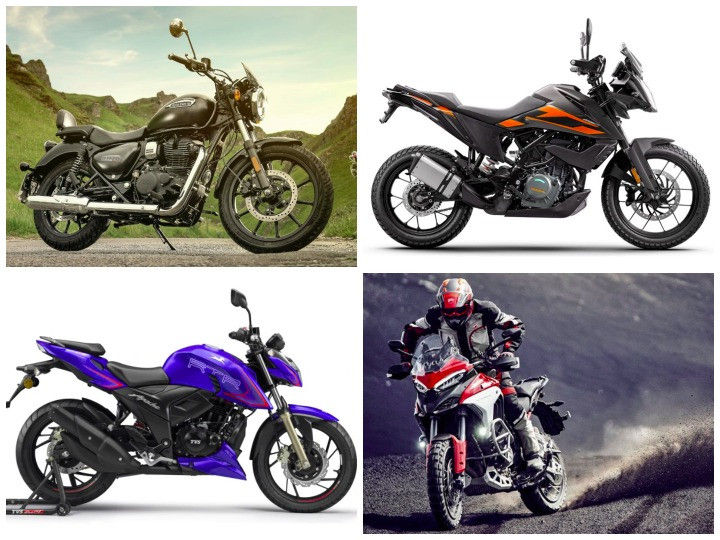 Royal Enfield has rolled out its very first bike based on its new ‘J’ platform, the Meteor 350. The bike’s powered by a new 349cc single-cylinder air-cooled counterbalanced engine, better features and improved mechanicals. Just how different is the bike compared to its predecessor, the Thunderbird 350X? Head here to find out.

TVS Motors is known to come up with new and exciting products for enthusiasts. Recent trademarks suggest the brand has a number of two-wheelers planned for the foreseeable future. This could include plans for a new cruiser, adventure tourer, commuter and possibly an electric scooter.  The names of each trademark and its corresponding stories are linked below.

Third on the list is yet another TVS, an important one at that. As part of its 4 million sales milestone, TVS launched the 2021 Apache RTR 200 4V for enthusiasts on a budget. This one is quite unique though as it gets power modes, an adjustable front suspension and adjustable brake and clutch levers. Check out all the updates in detail here.

Ducati’s first V4 bread Multistrada has finally been unveiled. The bike has been revamped for 2020 with a brand new engine offering record maintenance intervals, better looks, improved ergos and electronics. It’s the first bike to be unveiled through Ducati’s World Première web series. Why is the bike so important? Head here to find out:

Don’t have the budget for a KTM 390 Adventure? You might want to check out its younger sibling, the 250 Adventure. Dealer sources say KTM has been working behind the scenes to get the bike into the market by Diwali. The 250 Adventure has already been spotted at dealerships and could be launched next week. Head here for more details.