Will TVS Cruise Into 2020 With The Zeppelin?

[UPDATE: TVS has acquired Norton in an all-cash deal. Head here to know the details of the deal and what it means for both the brands' future] 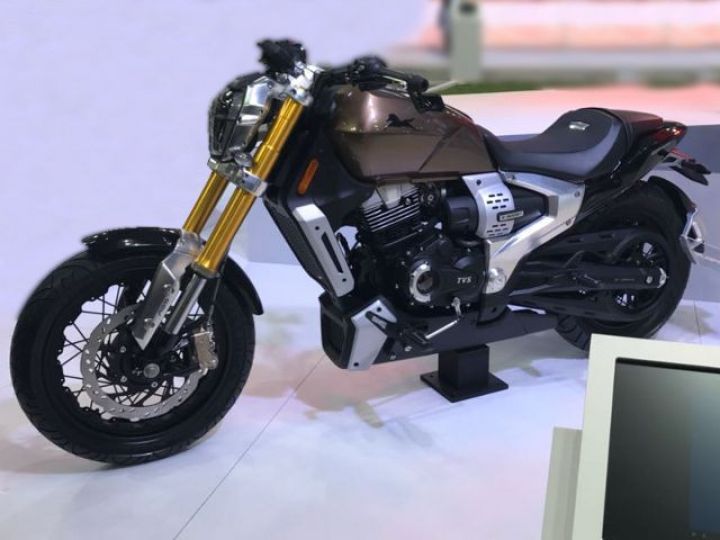 TVS has a history of showcasing some interesting concepts at the Auto Expo such as the TVS Akula, Draken and Creon. But it managed to outdo itself and surprised everyone at the 2018 Auto Expo by showcasing the Zeppelin.

Most TVS products have a racing connect with no presence in the cruiser segment. Having said that, it made a stunning debut with the TVS Zeppelin -- at least in a concept form! Unlike a traditional cruiser, TVS went for a power cruiser with a clear Ducati X-Diavel influence, and I must say the Zeppelin looks brilliant.

Apart from the stunning styling, it also has a nifty feature called E-Boost. It is basically an electric starter motor generator that gives a boost of torque when you press a button on the handle bar! Powering it is a single-cylinder 220cc engine, which is a bored-out version of the TVS Apache RTR 200 4V’s powerplant. In terms of numbers, it produces 20PS and 18.5Nm of torque. In comparison, the Apache RTR 200’s motor delivers 20.5PS and 18.1Nm. Staying true to its cruiser genes the Zeppelin also features a belt drive system for smoother torque delivery.

Also Read: This Custom TVS Moped Could Be Just What You Need At The Beach

The TVS Zeppelin also had some interesting features such as a bio-electric key, which allowed you to start the bike using your fingerprint and an HD camera, which has been placed on the LED headlight to record your rides or function as a dash cam -- something that is very useful on Indian roads.

In terms of hardware, the TVS cruiser bike was running on spoke wheels wrapped with Pirelli sport demon tyres and it employed USD fork and a monoshock unit. So, the main question is will the TVS Zeppelin head into production? While TVS have been tight-lipped we are almost sure the Zeppelin cruiser will make its India in 2020. In terms of pricing, the Zeppelin could retail for around Rs 1.30 to 1.50 lakh (ex-showroom) and rival the next-generation Royal Enfield Thunderbird 350 as well as the upcoming Suzuki Intruder 250, which will also make its debut next year.