We Could Get A Toyota-badged Vitara Brezza In April 2020 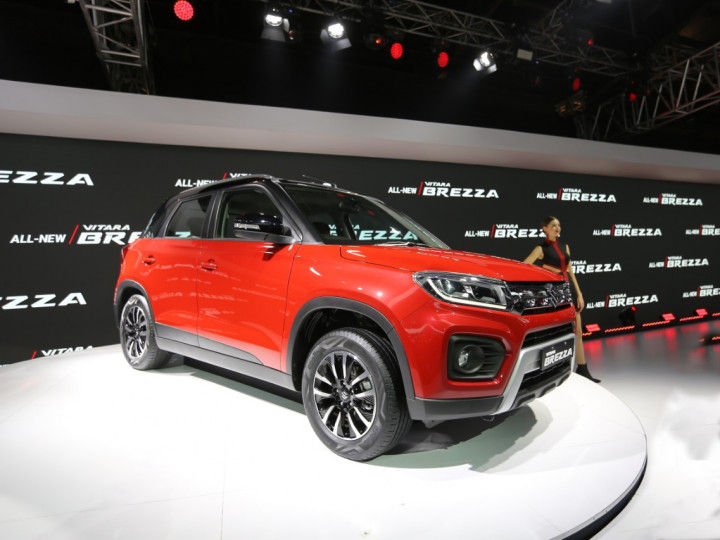 Toyota India is readying a sub-4 metre SUV based on the recently unveiled Maruti Suzuki Vitara Brezza facelift. The upcoming SUV will be the second product after the Glanza to be born out of Toyota’s joint venture with Maruti. It is likely to be equipped with the same BS6-compliant 1.5-litre petrol engine coupled with a 12-volt mid-hybrid system as the Maruti SUV. While the facelifted Maruti is set to be launched by the end of the month, Toyota’s version is likely to arrive by April. Like the Glanza and Baleno, we expect Toyota’s SUV to be priced at a slight premium over the Vitara Brezza, which currently retails from Rs 7.72 lakh (ex-showroom). Once launched, it will rival the Hyundai Venue, Mahindra XUV300, the Tata Nexon as well as the Ford EcoSport.

Showcased at Auto Expo 2020, the facelifted Maruti Suzuki Vitara Brezza is equipped with a new BS6 petrol engine, a new chrome grille, revised front and rear bumpers as well LED projector headlamps and LED tail lamps. Its 1.5-litre K15B petrol engine replaces the ageing Fiat-sourced 1.3-litre DDiS diesel motor which will not be updated for BS6 norms. The petrol engine is likely to be paired with a 12-volt mild-hybrid system and a 5-speed manual gearbox with an AMT option. Maruti is also developing a BS6 1.5-litre diesel engine for 2021. If the Brezza is equipped with it in the future, it will be included in the government's sub-4m rule once again.

If the Toyota Glanza is anything to go by, do not expect Toyota’s iteration of the Vitara Brezza to feature any major cosmetic overhauls or different mechanicals. However, we expect Toyota to offer a better warranty package than Maruti Suzuki.

The Vitara Brezza is one of India’s highest-selling SUVs. Toyota’s own compact car, the Etios sedan and Etios Liva hatchback, will be discontinued by April this year. For this reason, the carmaker is likely to rebadge more of Maruti Suzuki’s models in the future, including the Ertiga MPV and Ciaz sedan. Maruti Suzuki itself could move more upmarket with a rebadged version of the Toyota Corolla sedan. It remains to be seen how the two carmakers pool in their resources. But rest assured, we’ll bring you the latest updates as and when they pour in. So stay tuned to ZigWheels!