How do two compact SUVs separated by a span of three years fare against each other? Here’s a detailed look at what differentiates the Toyota from the Maruti 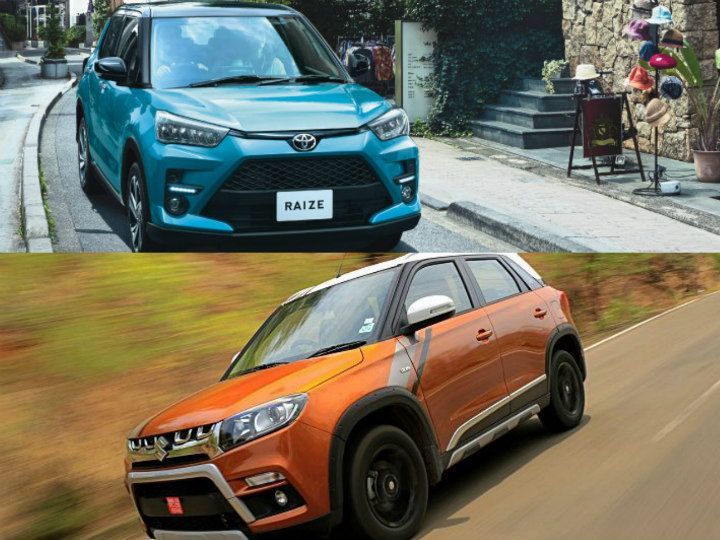 Toyota generated quite the buzz in the automotive industry when it entered a new segment with the recent launch of the Raize compact SUV in Japan. It boasts of a mini RAV4-like design and a plenty of kit. However, its main talking point is its sub-4m size which led many in India to believe that this Toyota was headed our way. After all, this SUV has all the ingredients to take on India’s sub-4m segment leader, the Maruti Suzuki Vitara Brezza. However, the chances of the Raize coming to India are pretty slim at the moment owing to Toyota’s tie-up with the leading Indian carmaker.

The Raize has been sidelined for India as Toyota has chosen to co-develop a mid-size SUV with Maruti Suzuki. This new SUV is likely to be built on the Raize’s DNGA platform, so in a way the Toyota compact will come to India in spirit, if not body. Toyota is also working on a rebadged version of the Vitara Brezza for 2022. This begs the question -- did Toyota choose the right path by relying on Maruti’s product line to carry it? Here’s how the international-spec Raize fares against the Vitara Brezza that trounced its India entry.

On the outside, the Toyota Raize certainly fares well against the Brezza with a longer wheelbase and crucially, bigger boot space. Both compact SUVs are evenly matched in length, but the Brezza has the edge in width as well as height. In terms of underpinnings, the Raize is built on the brand new Daihatsu DNGA platform, whereas the Brezza is built on the slightly older Suzuki C platform. Another point is that while the Brezza has a ground clearance of 198mm, it sits on smaller 16-inch wheels, whereas the Raize has bigger 17-inch wheels and still only manages a ground clearance of 185mm.

The two sub-4m SUVs have plenty of common features that include dual-tone colour options, a touchscreen infotainment system with Apple Car Play and Android Auto, keyless entry, push button start and steering-mounted audio controls. But that’s where the differences end. Since the Raize is a fresh offering, it gets newer features like adaptive cruise control, LED headlights, heated front seats, front and rear USB charging ports, and an all-digital instrument cluster with four customisable modes.

In terms of safety, both SUVs cover the basics that include ABS with EBD. The Brezza and Raize feature dual front airbags as standard, while the latter also features curtain airbags. The Raize offers more with features like a 360-degree camera with panorama park assist, autonomous braking system, blind spot monitoring, lane assist and hill-start assist. However, some of these features are a bit too advanced to be effective in Indian driving conditions.

Under the hood, the turbo gives the Toyota Raize a boost over the Brezza. However, the Brezza delivers more torque. This is down to the fact the the Raize is a petrol offering while the Brezza gets a diesel motor. In terms of transmissions offered, the Raize is only available with a CVT, whereas the Brezza has the luxury of a 5-speed manual as well as an AMT gearbox. That said, the Raize’s USP has to be the fact that it is offered with the option of 2WD and 4WD drivetrains. The Brezza is only available with 2WD. Fuel efficiency figures cannot be compared owing to the different fuel types required for both.

When we make the conversion from Japanese Yen to INR, the Toyota Raize is offered at quite a hefty premium over the Maruti Suzuki Vitara Brezza. However, the premium is more or less justified with the amount of tech the Raize has in its arsenal in comparison to the Brezza. Hence, it may not make any sense for Toyota to bring the Raize to India as this price tag would pit it against SUVs from a segment above that may not have all these features but provide greater space at the same price range.

What’s your opinion about the Raize and its chances to convince Indian car buyers? Let us know by dropping a comment below.