The Toyota Glanza Will Bear A Different Name In South Africa

Expect majority of bits to be borrowed from the South African Baleno, some of which differ from the Indian one 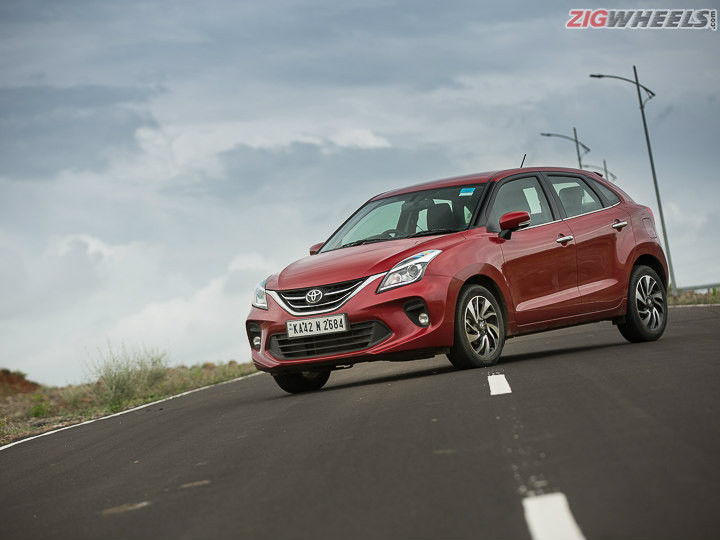 Back in June  2019, Toyota had launched its first shared product from the Maruti-Toyota partnership, the Glanza hatchback. It is essentially a rebadged Maruti Baleno with barely any distinguishable differences. Now, over a year later, Toyota plans to launch this hatchback to the South African market. However, instead of the ‘Glanza’, the rebadged Baleno will be called the ‘Starlet.’

The Glanza/Starlet is pretty much identical to the Maruti Suzuki Baleno on the outside, aside from a revised twin-slat front grille and Toyota badging that replaces the Suzuki badging all over the car.

Expect all the bells and whistles from the Baleno like a 7-inch Smart Playcast (based on Maruti Suzuki SmartPlay Studio)  infotainment system with Android Auto and Apple CarPlay, cruise control, auto folding mirrors, steering mounted audio controls, and LED projector headlamps with light guides. Safety features could include front, side and curtain airbags; ABS with EBD; and rear parking sensors with camera.

What may differ the most between the Indian and South African-spec Glanza/Starlet is under the hood. Instead of the 90PS/113Nm 1.2-litre petrol mild-hybrid and naturally aspirated 83PS /113Nm 1.2-litre petrol engines offered in India, the South African-spec Baleno is offered with a 1.4-litre K14B petrol engine. This larger unit makes 92PS of power and 130Nm of torque, paired with 5-speed manual and 4-speed automatic gearbox options. Expect the same to be carried forward to the Starlet.

Currently, the South African Baleno is offered in two variants: GL, and GLX. It is likely that the Toyota Starlet will get a similar variant lineup. Back home, the Baleno retails at Rs 5.63 lakh to Rs 8.96 lakh (ex-showroom) in four variant trims: Sigma, Delta, Zeta and Alpha. The Glanza on the other hand is priced from Rs 7.01 lakh to Rs 8.96 lakh (ex-showroom) in the G and V variant trims. Here the Glanza/Baleno rivals include the Tata Altroz, Honda Jazz, Volkswagen Polo and Hyundai Elite i20.